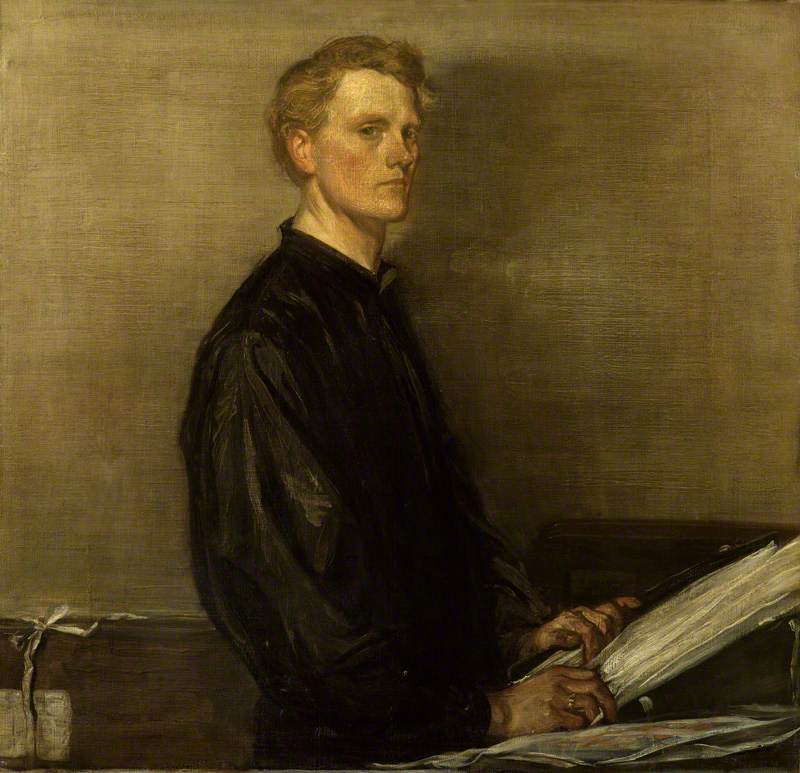 Painter and lithographer, born near Sleaford, Lincolnshire. Shannon studied at Lincoln School of Art and at Lambeth School of Art, 1882, where he met his lifelong friend Charles Ricketts with whom he ran the Vale Press, 1896–1904 and founded 'The Dial' magazine, which ran from 1889–1897. During the early 20th century, his work was also featured in 'The Venture', an obscure short-lived art periodical of the period. He was greatly interested in Venetian art, he tried in his own paintings to revive their techniques by the use of rich, glowing colour. As a result, his classical and figure subjects have the air of Old Masters but not always the confidence. Shannon exhibited at the Baillie Gallery, Carfax Gallery, Cooling Galleries, Fine Art Society, Grosvenor Gallery, Glasgow Institute of the Fine Arts, Goupil Gallery, International Society of Sculptors, Painters & Gravers, Walker Art Gallery, Liverpool, Leicester Galleries, Manchester Academy of Fine Arts, New English Art Club, New Gallery, RA, Royal Society of British Artists, Royal Society of Painter-Etchers and Engravers, Royal Society of Portrait Painters, Royal Hibernian Academy, Royal Institute of Painters in Water Colours, Royal Institute of Oil Painters and at the Royal Scottish Academy.

Read more
Charles Shannon who held his first solo exhibition at the Leicester Galleries in 1907 was elected an Associate of the Royal Society of Painter-Etchers and Engravers in 1891 and Royal Academy in 1920. Shannon became disabled in 1928 after a fall while hanging a picture, and the resulting neurological damage caused amnesia and ended his career.