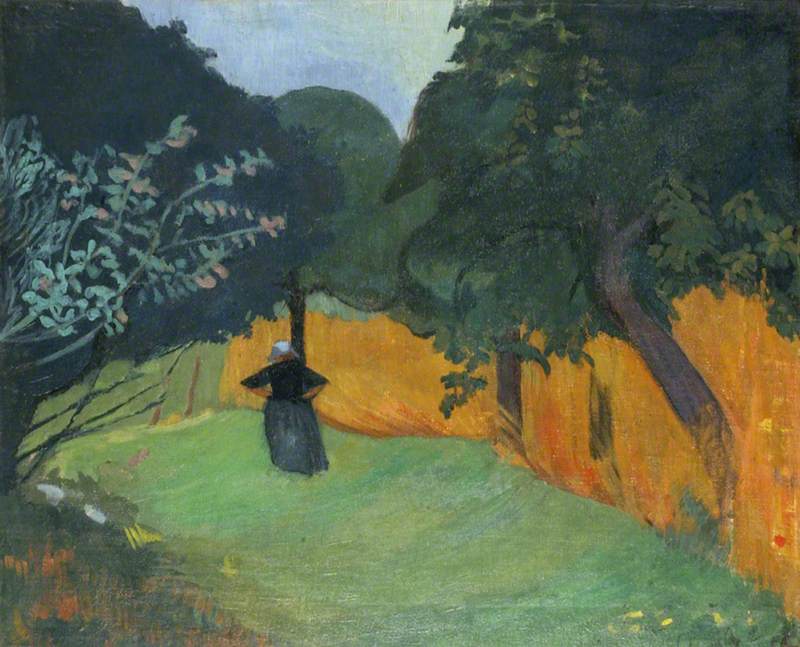 The Ashmolean Museum of Art and Archaeology
(b Paris, 9 Nov. 1864; d Morlaix, Finistère, 6 Oct. 1927). French painter and art theorist. In 1888 he met Bernard and Gauguin at Pont-Aven. He was converted to their Symbolist views and soon afterwards was one of the founders of the Nabis, a group inspired by Gauguin's expressive use of colour and rhythmic pattern. After visiting the school of religious painting at the Benedictine monastery at Beuron in Germany in 1897 and 1903 his ideas became permeated with concepts of religious symbolism. His early paintings had typically featured Breton peasants, but from about 1900 he concentrated on religious subjects. However, his paintings are generally considered of less interest than his ideas on art, which he set out in his book ABC de la peinture (1921), dealing with colour relationships and systems of proportion.