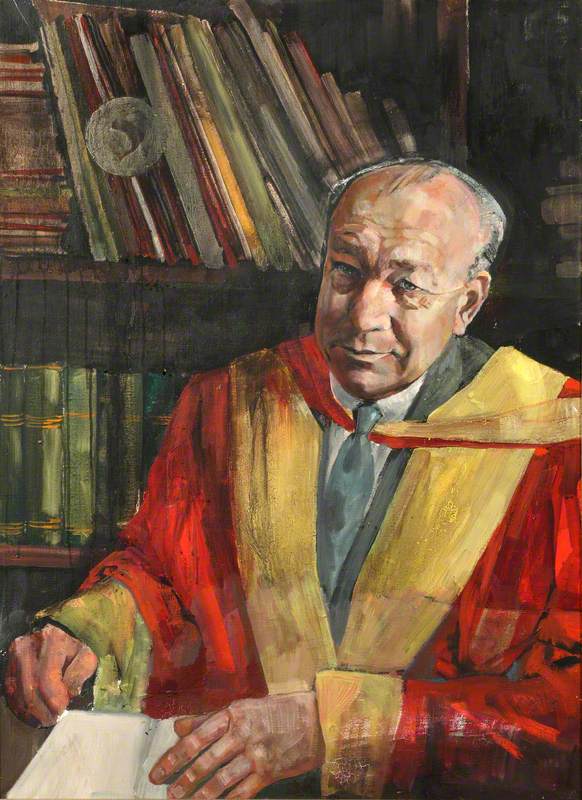 Painter and draughtsman, born and lived in London. She studied at Camberwell School of Art, 1978–9, and Slade School of Fine Art, 1979–83. In 1981 she won the Imperial Tobacco Award and the National Portrait Gallery Painting Competition. She had a first solo show at Agnew, 1984, with others including Paintings from Afghanistan, 1986, a subject repeated at Mona Bismarck Foundation, Paris, 1987, Gods, The Newhouse, Gallery, New York, America, and Agnew, both 1996, Dolphins, Fine Art Society, 1998, From the Sea, Fine Art Society, 1999, Scenes from a Hittite Court, The Prince’s Foundation, 2001, and Shades of Grey, Fine Art Society, 2004. Commissions included Lord David Cecil and Lord Olivier for National Portrait Gallery, two portraits for Oxford University Press and Sir William Deacon, for St Anthony’s College, Oxford.

Read more
Sergeant was official artist with HRH The Prince of Wales on his Egyptian and Moroccan tour, 1995, and on his Central Asian Republics tour, 1996. She completed portraits of the Prince and of HRH The Duke of York for private collections.