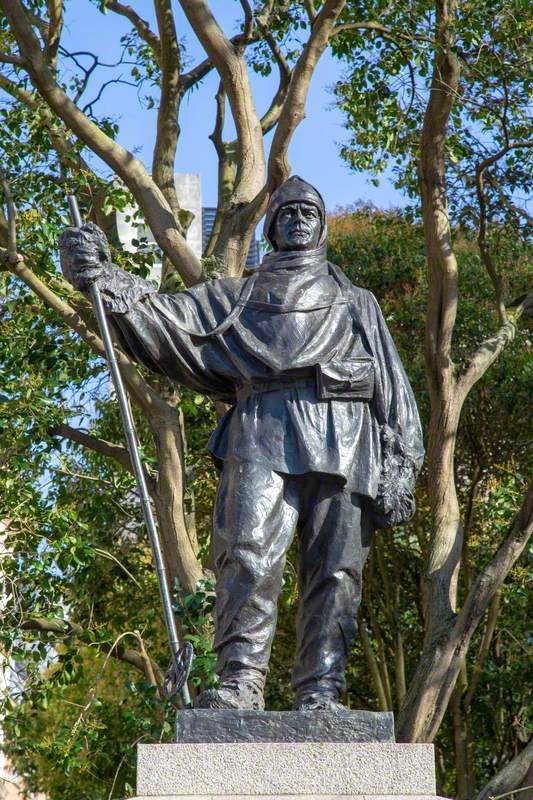 Sculptor of figures and portrait busts, born at Carlton-in-Lindrick, Nottinghamshire. After initial education in France and Italy, she studied at the Slade School of Fine Art, Atelier Colarossi in Paris, 1901–6, and with Rodin. In 1908 she married the Polar explorer Robert Falcon Scott (Captain Scott of the Antarctic, who died there in 1912), then in 1922 Sir Edward Hilton Young (later Baron Kennet of the Dene). She was the mother of Peter Scott, the naturalist and artist. Lady Kennet exhibited at RA, 1913–47, IS, RMS, SWA and elsewhere; one-man show Fine Art Society in 1934. She was elected a fellow of the RBS in 1946. Memorial exhibition at Mansard Gallery, 1947, and her own Self-Portrait of an Artist appeared two years later. Was an extensive traveller.

Read more
Tate Gallery holds her work, which is illustrated in the volume RBS: Modern British Sculpture, published in 1939; also in Eric Newton’s monograph British Sculpture 1944–1946. Among her notable works are the memorial to Captain Scott in Waterloo Place; Earl of Oxford and Asquith; George Bernard Shaw; and the film actor Sabu. Lived in Great Yarmouth, Norfolk, and London, where she died.