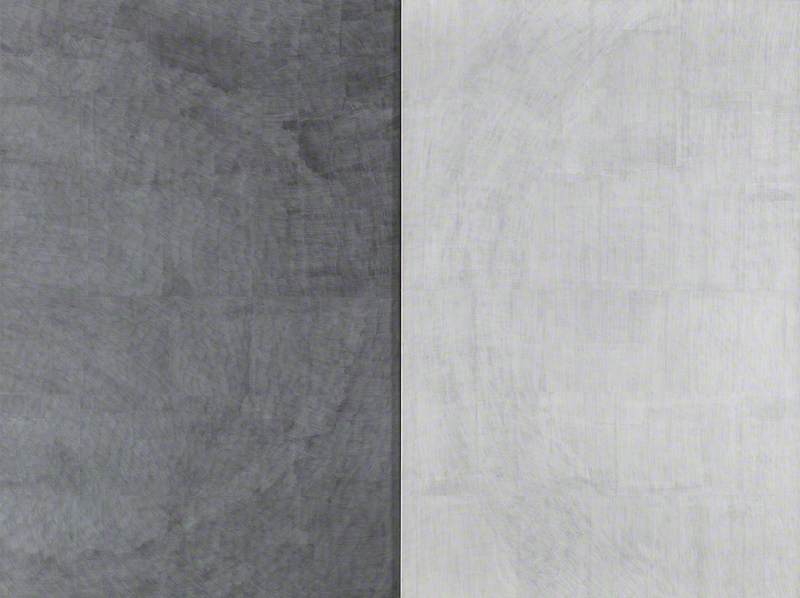 Artist in acrylic on canvas and mixed media on paper, born in Sussex. In 1977 she graduated from Bristol Polytechnic faculty of art and design, then was a research student at Kyoto City University of Arts, Japan, under a Leverhulme Scholarship, 1979–81. From 1981–5 she lived in Japan, returning to London in 1985, when she won a Greater London Arts Award. For the next decade Salter’s abstract work was “involved with the attempt to capture stillness in movement … a stillness with potential, not a passive quiet.” Her pictures employed “the quiet anchor of the grid to give a freedom and independence to the fragmented lines.” Salter took part in numerous group exhibitions in Britain, Japan and elsewhere overseas, including Rijeka Drawing Biennale, Yugoslavia, 1982; World Print Council IV, San Francisco, 1983, purchase prize; Chicago International Art Exposition, from 1987; LG, 1990; and Salama-Caro Gallery, 1993.

Read more
Had a solo show at Gallery Maronie, Kyoto, in 1981, later ones including Jill George Gallery, 2000, and Hirschl Contemporary Art, 2002. Beardsmore Gallery exhibited Salter’s work at the 2006 London Art Fair, in Islington, shortly after the Yale Center for British Art, in America, showed drawings by her it had acquired. In addition, the British Museum, British Council and San Francisco Museum of Modern Art are among many collections holding examples.