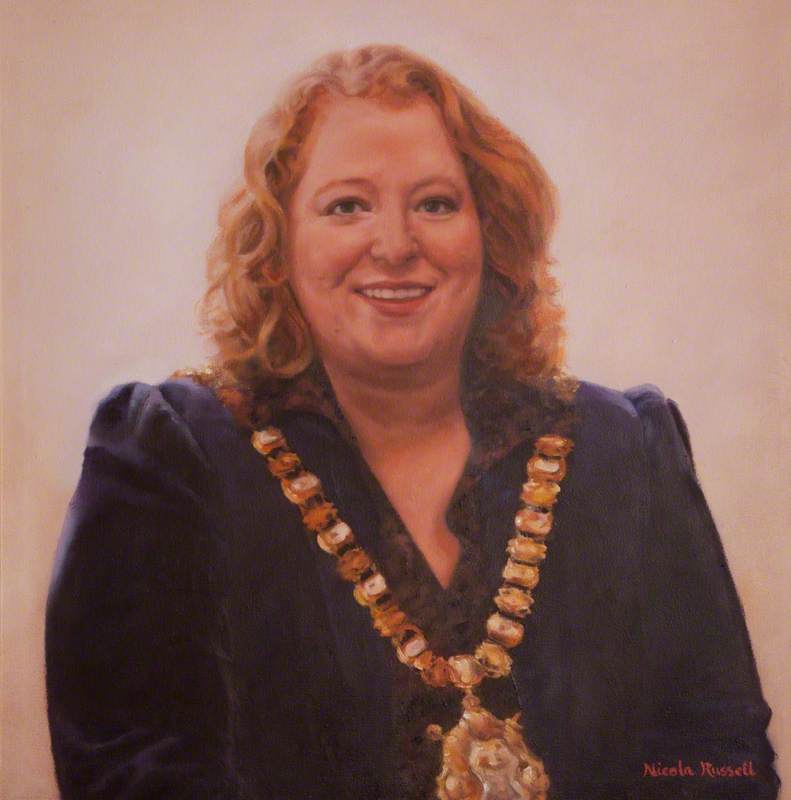 Painter who completed a foundation course at University of Ulster, Belfast, in 1983, then gained a degree in fine art at Winchester School of Art, 1986. Russell won a fellowship at British School in Rome, 1993–4, her work being shown there in the latter year. She took part in Hausegeist/Nomade, a Berlin Exchange Scheme, in 1992, and was represented in Still Lives, a travelling group exhibition sponsored by Arts Council of Northern Ireland in 1993.

Read more
Other mixed appearances included Fenderesky Gallery, Belfast, 1989; Arts Council Gallery in the city, 1992; and in 1994 Beyond the Partitions, organised by Belfast’s Queen Street Studios, with which she was associated, living nearby at Holywood. National Self-Portrait Collection of Ireland, University of Limerick, holds her work.