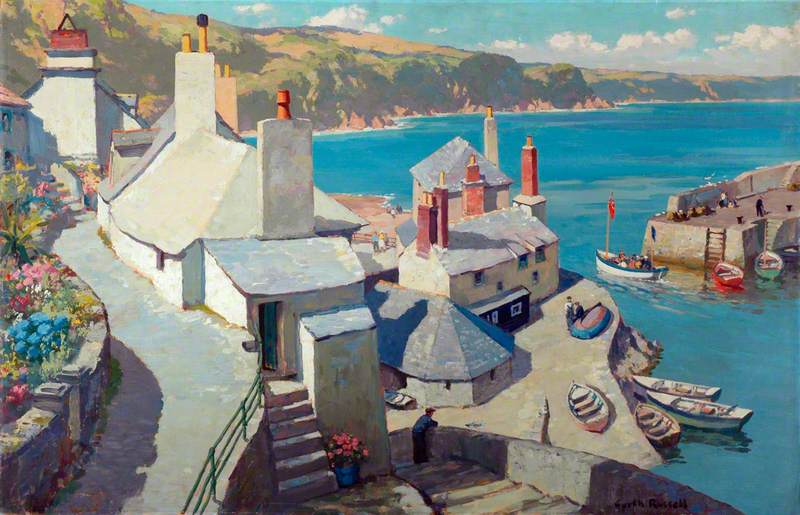 National Railway Museum
Marine artist in oil and watercolour, etcher and writer, born in Dartmouth, Nova Scotia. He studied art in America and in Paris, 1912–14, at the Académie Julian and Atelier Colarossi. During World War I Russell was an Official War Artist for the Canadian government. He took part in the Canadian War Memorial Exhibition, in London, in 1919. Group shows included RI, RBA, SEA, SWA and RBC. One-man shows were held at the Howard Roberts Gallery, Cardiff, 1956, and two in Penarth, where he died, in 1961 and 1966. Russell wrote several books, including Unknown Devon, 1927.