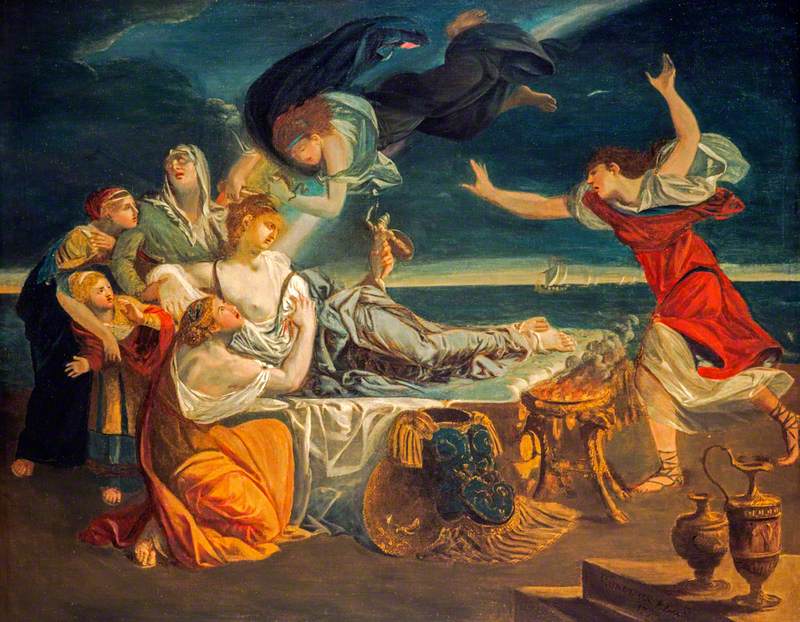 Scottish painters, brothers, who specialized in religious, literary, and historical subjects in a proto-Romantic manner. John, the more gifted, died young in Italy, where both brothers had gone in 1767 (his death has been variously attributed to consumption, nervous depression, and suicide). His masterpiece, King Lear in the Storm (1767, NG, Edinburgh), has freshness and originality, with nothing of the staginess of most 18th-century Shakespearian pictures.

Read more
Alexander's major work, the decoration (1772) of Penicuik House near Edinburgh with subjects from Ossian and Scottish history, ranked with Barry's paintings in the Society of Arts as the most ambitious British decorative scheme of the time, but it was destroyed by fire in 1899. Some of its compositions survive in his drawings and etchings (mainly in the National Gallery, Edinburgh). Runciman also painted landscapes and portraits.