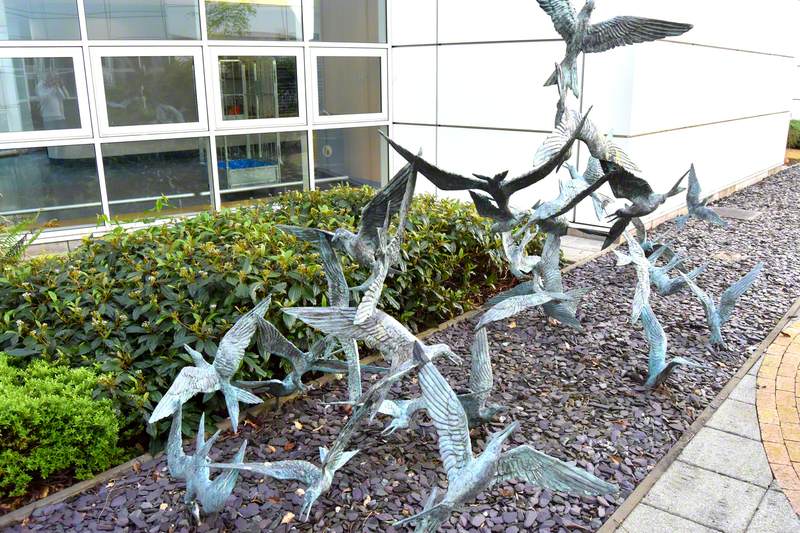 Sculptor of figures, birds and animals, and teacher, born in Berlin, Germany, who grew up in Amsterdam, Netherlands, from the age of two. Moved to London in 1959, settling in Blackheath from 1960. For many years Rubinstein taught sculpture at the Catford and Greenwich Adult Education Institutes, her classes organised as open studios, based on the Atelier Colarossi, Paris, where she studied with Ossip Zadkine. Rubinstein studied in Wessel Couzijn’s studio, Amsterdam, 1948, also at Rijksakademie there and in Paris at L’Académie de la Grande Chaumière, 1949–53. She won the Prix Jeune Sculpture. Group exhibitions included Whitechapel Open, 1983; Sculpture from the Open Studios under Gerda Rubinstein, 1977; Galerie Petit, Amsterdam, 1988; and Links of Affinity, Dutch contemporary art in Britain, Knapp Gallery, 1989.

Read more
She had a solo exhibition at Holland Park Gallery, 1964, later ones including The Ashdown Gallery, Uckfield, 1987, and Gainsborough’s House, Sudbury, 1992. One of her most exciting works is the bronze Arctic Terns water feature at the Merry Hill Shopping Centre, Birmingham.