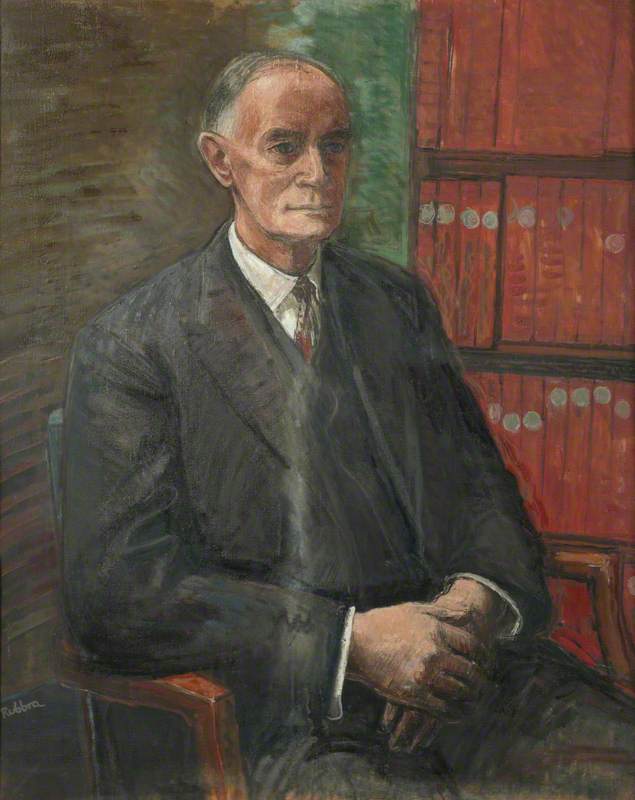 Painter and teacher, son of the composer Edmund Rubbra, married to the potter Tessa Rubbra. He was educated at Christ’s Hospital and the Slade School of Fine Art. During his early career he taught in England and painted in France and Italy. Had a first one-man show in 1965. In 1970 Rubbra began a career as a portrait painter. His notable commissions included HRH The Prince of Wales, for the Fishmongers’ Hall; Lord Hailsham, Sir Colin Davis and family, Sir Ove Arup and Ursula Vaughan Williams. As well as his portrait work he developed an original approach to landscape painting. Three-dimensional models were constructed, based on ideas drawn from landscape, which provided the starting point for final canvases of subtlety and beauty. An exhibition was held at the Barbican Centre in 1991, and in 1992 some were included, with a selection of his wife’s pots, at John Bly, Bury Street.

Read more
Rubbra’s Winter Sunlight Searching for Snowdrops was produced by Curwen Chilford Press as a limited-edition print in 1992. The artist wrote two books on portraiture: Drawing Portraits and Painting Children. Lived in Speen, Buckinghamshire, for many years, later in Chagford, Devon. The County Museum in Aylesbury held a retrospective in 1998.