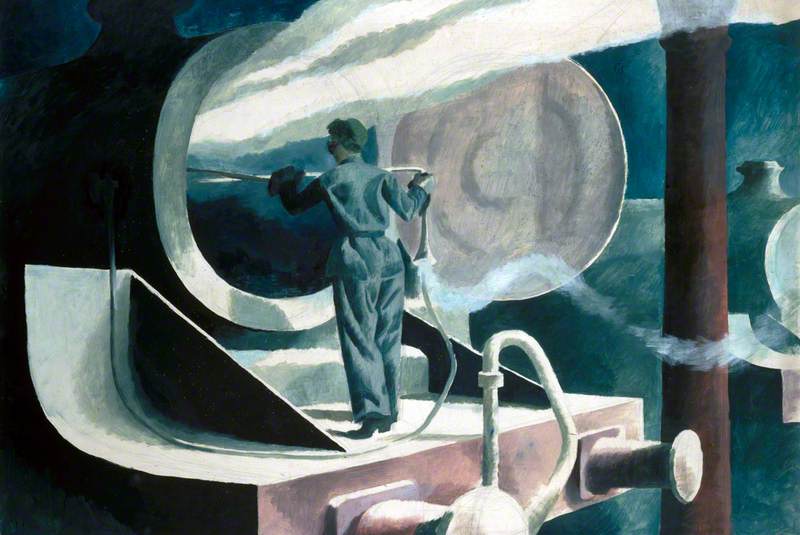 Artist and illustrator born in Wimbledon, south London. Rowe studied at Wimbledon School of Art, 1918–20 and the Royal College of Art, 1920–22.

Read more
He was employed in advertising where he met R. O. Dunlop, and briefly became an exhibiting member of the short-lived Emotionist Group. However his strong social concerns led him towards the then-burgeoning Communist party so he travelled to Russia and stayed in Moscow for a year and a half. While there he received commissions for book-jacket designs and even designed posters for the Red Army.

Rowe returned to England and in 1934 helped establish the Artists' International Association, alongside James Fitton, James Boswell and others. Membership was to eventually reach more than 1,000.

From the end of World War II, Rowe's work included publicity poster commissions from the Labour government of Clement Attlee as well as trade unions, designs for the 1951 Festival of Britain, commercial mural design, exhibition design and text book illustration.

The major part of Rowe's work however consists of large oil paintings, and the Tolpuddle Martyrs and General Strike murals commissioned by the Electrical Trades Union, then led by active members of the Communist Party.