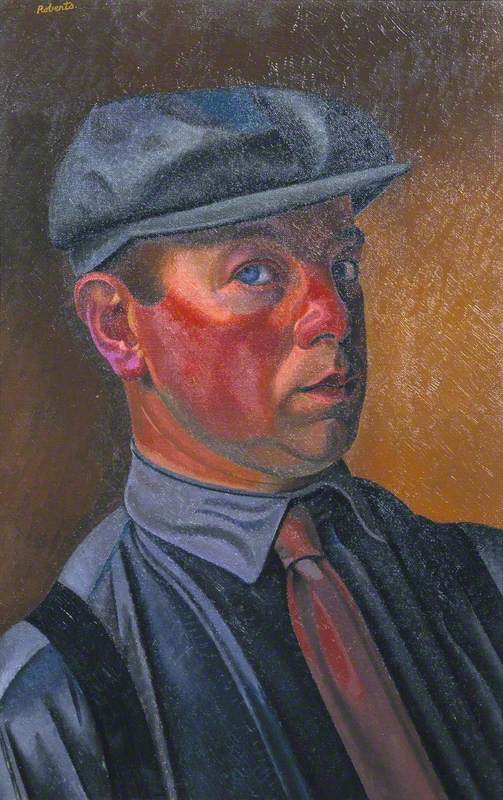 (b London, 5 June 1895; d London, 20 Jan. 1980). British painter, chiefly of figure compositions and portraits. After travelling in France and Italy, he worked briefly for the Omega Workshops, then in 1914 joined the Vorticist movement. His style at this time showed his precocious response to French modernism and was close to that of Bomberg in the way he depicted stiff, stylized figures through geometrically simplified forms. After the First World War (in which he served in the Royal Artillery and as an Official War Artist) his forms became rounder and fuller in a manner reminiscent of the ‘tubism’ of Léger. Often his paintings showed groups of figures in everyday settings, his most famous work being The Vorticists at the Restaurant de la Tour Eiffel: Spring 1915, 1961–2, Tate, London), an imaginative reconstruction of his former colleagues celebrating at a favourite rendezvous to mark the publication of the first issue of Blast.

Read more
In response to the exhibition ‘Wyndham Lewis and the Vorticists’ at the Tate Gallery in 1956, Roberts wrote a series of pamphlets (1956–8) disputing Lewis's claim (in the catalogue introduction) that ‘Vorticism, in fact, was what I, personally, did, and said, at a certain period.’ However, in 1974 Roberts issued another pamphlet in which he strangely contradicted his earlier statements, declaring that the term Vorticism ‘should only be used in reference to his [Lewis's] own work; and that the term Cubist should be employed to describe the abstract painting of his contemporaries of the 1914 period’.