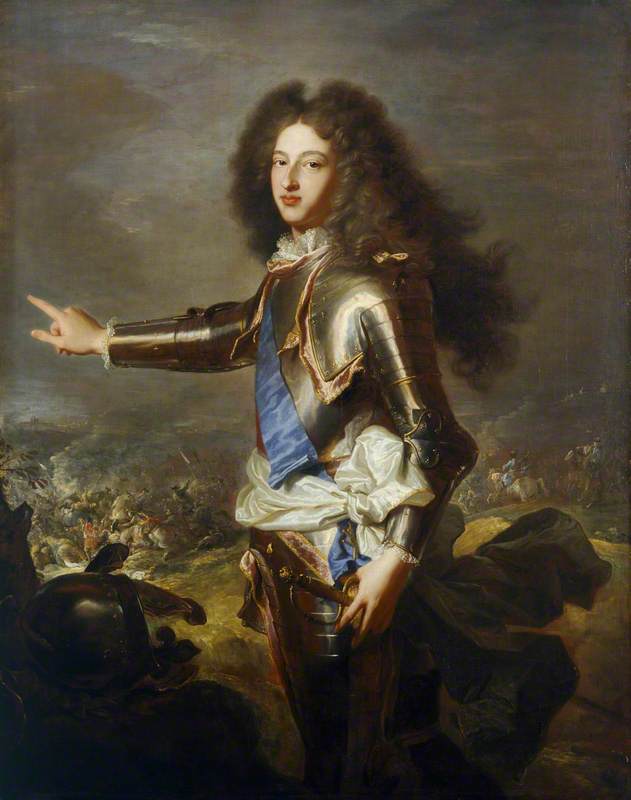 (b Perpignan, 18 July 1659; d Paris, 29 Dec. 1743). French portrait painter, the friend and rival of Largillière. He began his career in Montpellier and settled in Paris in 1681. His reputation was established in 1688 with a portrait (now lost) of Monsieur, Louis XIV's brother, and he became the outstanding court painter of the latter part of Louis's reign, retaining his popularity after the king's death. He was less interested in showing individual character than in depicting the rank and condition of the sitter by nobility of attitude and expressiveness of gesture. These qualities are seen most memorably in his celebrated state portrait of Louis XIV (1701, Louvre, Paris), one of the classic images of royal majesty. Louis so admired this portrait that although he had intended it as a gift for Philip V of Spain (his grandson), he kept it himself.

Read more
Rigaud's unofficial portraits, such as The Artist's Mother (1695, Louvre), are much more informal and show a debt to Rembrandt, several of whose works he owned. The output from Rigaud's studio was vast and examples are in many collections.