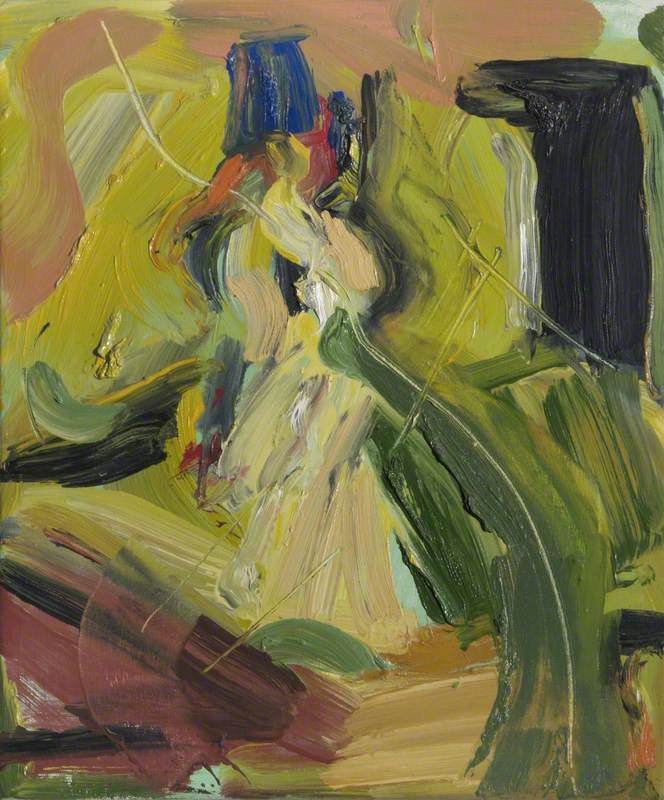 The Tavistock and Portman NHS Foundation Trust
Painter, draughtsman, performer and teacher, educated at St Martin’s and Maidstone Schools of Art, who went on to teach at Slade School of Fine Art. Richards’ vivid portraits, based on an initially tight and realistic image, emerged from sweeps and flecks of brilliant pigment. His mixed exhibitions and performances included the performance Deep Freeze, Hanover Grand, 1973; Collazione Inglese, Venice, 1982; Nicola Jacobs Gallery, 1985; and the performance Vital Statistics at Donmar Warehouse, 1987. Had a solo show at Robert Self Gallery, 1967, later ones including a series at Connaught Brown from 1985 and Denis Hotz Fine Art in Johannesburg, 1991. Contemporary Art Society and Arts Council hold examples. Artist Bruce McLean and composer Michael Nyman collaborated with Richards in performance work.