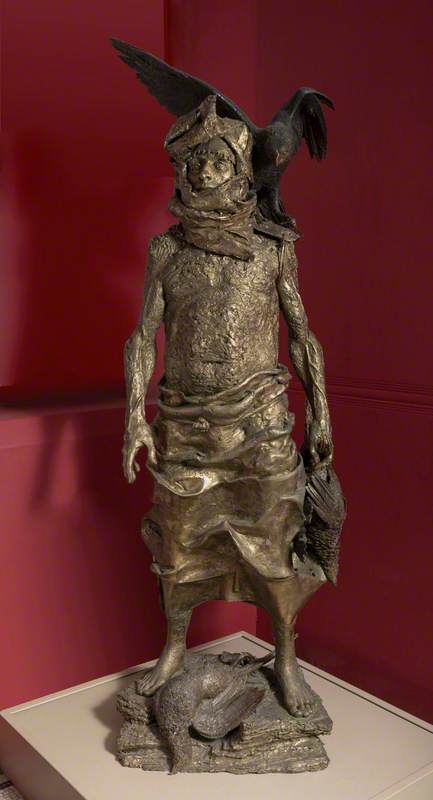 Sculptor in bronze and non-ferrous metals, painter in watercolour and oil, and teacher, born in London. He attended Brighton College of Art, 1947–51; Royal Academy Schools for sculpture, 1951–3; then won the Prix de Rome, working at the British School there, 1953–5. His teachers included Maurice Lambert and James Woodford. Rice taught at West Sussex College of Art, 1956–9; Nottingham College of Art, 1959–63; was a lecturer and head of sculpture at Liverpool College of Art/Liverpool Polytechnic, 1963–80; then head of 3D design, Wrexham College of Art, 1985–9. From 1970 had a studio/foundry in Liverpool. Solo exhibitions began with Bluecoat Gallery, Liverpool, and Midland Group, Nottingham, both 1966; others included eight at Alwin Gallery, 1968–84, then work was continuously shown at Art Scene Gallery; and there was a series of solo shows of paintings at Carrara Massa, Italy, from 1984.