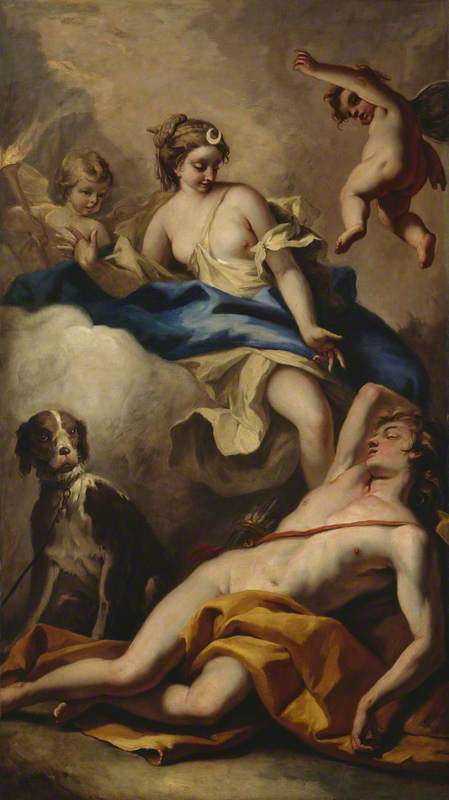 (bapt. Belluno, 1 Aug. 1659; d Venice, 15 May 1734). Italian decorative painter. He was born in the Veneto and is considered a member of the Venetian School, but before he settled permanently in Venice in 1717 he led a peripatetic life, working in numerous Italian cities and also in England, Flanders, France, and Germany. His unsettled existence is a reflection not only of the demand for his talents but also of his penchant for illicit love affairs, which often led to his having to move in haste, and once almost resulted in his execution. In view of this it is not surprising that his work is uneven and sometimes shows signs of carelessness, but he had a gift for vivid, fresh colouring, and his itinerant career was important in spreading knowledge of Italian decorative painting.

Read more
He was in England in 1711/12–16. Little of the decorative work he did there survives except the Resurrection in the apse of the chapel at Chelsea Hospital and some large but damaged canvases on the staircase at Burlington House (now the Royal Academy). He is, however, very well represented in the Royal Collection. Marco Ricci (b Belluno, 5 June 1676; d Venice, 21 Jan. 1730), Sebastiano's nephew, came from the same town and similarly travelled extensively. He made two visits to England (1708 and 1711/12–16), and during the second worked in partnership with his uncle; the collaboration continued after they returned to Venice. Examples of their joint works are in the Royal Collection. Marco was primarily a landscape painter, working in a freely handled style that owed something to Magnasco.