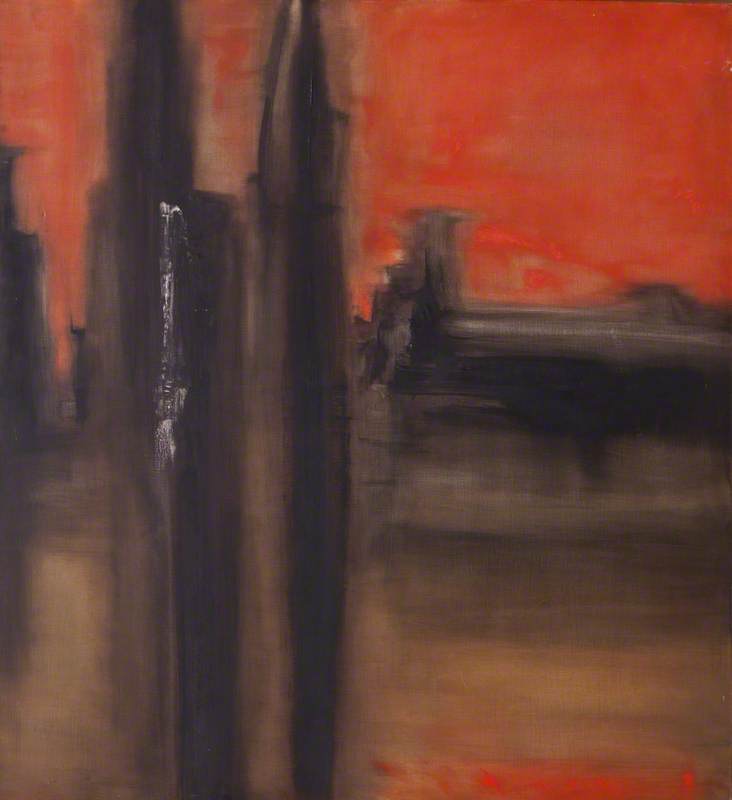 Artist, born in Huddersfield, Yorkshire, who briefly studied at Huddersfield School of Art. Between the wars Reynolds helped her father, Thomas Dent, run his ailing photographic business in Huddersfield. In 1941 she moved with Civil Defence to London and started to exhibit in mixed shows in the 1950s. During the 1960s Anthony Gross taught her printing at the Slade School of Fine Art. Her work appeared in many mixed exhibitions, including Arts Council’s New Painting, 1958–61; The Mezzotint Rediscovered, Colnaghi, 1974; 80 Prints by Modern Masters at Angela Flowers Gallery, 1982; and NEAC, 1992. When her husband Graham Reynolds retired from being keeper of paintings, prints and drawings at the Victoria & Albert Museum in 1974, they moved to Suffolk.

Read more
Thus Daphne Reynolds was included in A Survey of Influential East Anglian Artists, at Chappel Galleries, Chappel, 1991, which gave her a solo show in 1996, the first of many one-mans since having been at Everyman Gallery, 1958. From 1951 Reynolds was a member of the Hampstead Artists’ Council; was chairman of the Women’s International Art Club, 1964–7; was a founder-member of Gainsborough’s House Print Workshop and its first chairman, 1978–9; and a fellow of the Printmakers’ Council. Arts Council, Victoria & Albert Museum, National Gallery of Victoria in Melbourne, Auckland City Art Gallery in New Zealand and other collections hold examples. She died in Bradfield St George, Suffolk.