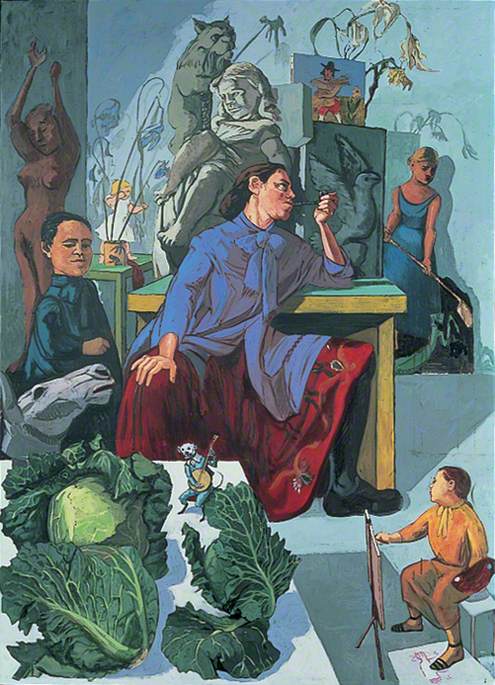 Leeds Museums and Galleries
(Born Lisbon, 26 January 1935). Portuguese-born British painter of figure, animal, and fantasy subjects. She studied at the Slade School, where she met her husband, the painter Victor Willing (1928–88). In the 1980s Rego became well known for her enigmatic figurative paintings, which often have a feeling of caricature as well as of fantasy. In 1990 she was appointed the first associate artist of the National Gallery, London. She painted murals in the restaurant of the gallery's new Sainsbury Wing in 1991, and in 1992 she became the first living artist to be given an exhibition in the gallery.

Paula Rego grew up in Portugal under the shadow of dictatorship. She became aware of the power of the unspoken as keeping secrets was vital to survival. In a career that has spanned six decades, her paintings are frequently inspired by her personal fears, desires and a passion to fight injustice.

Tate curator Elena Crippa takes us through the work of Rego, from the personal loss that influenced some of her major paintings to her response to social inequality in her native Portugal.