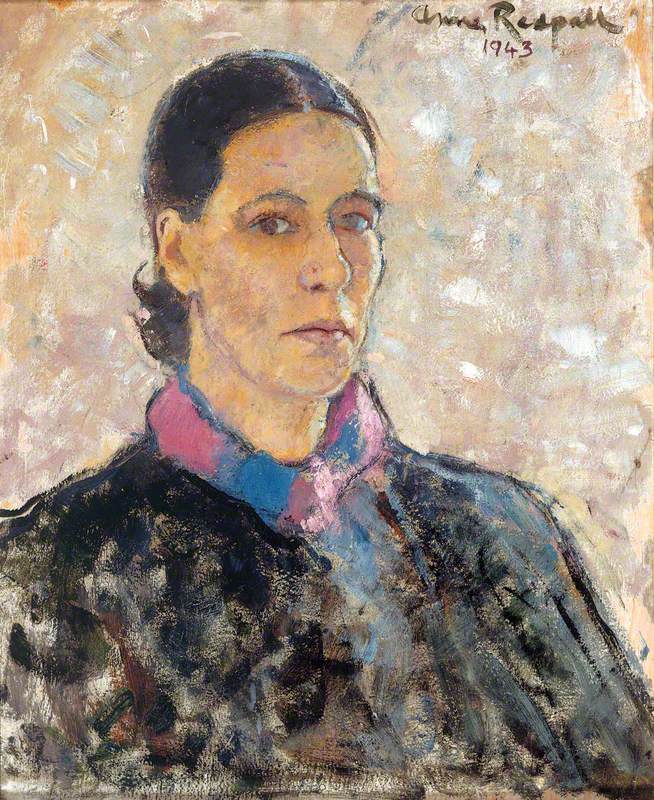 Scottish painter. She was born in Galashiels, the daughter of a tweed designer (she later described how she used flecks of colour in a manner similar to tweed makers: ‘I do with a spot of red or yellow in a harmony of grey, what my father did in his tweed’). In 1913 she studied at Edinburgh College of Art and in 1920 she married James Beattie Michie, an architect with the War Graves Commission in France, where they lived for the next fourteen years. During this time she did little painting, devoting herself to her family (she had three sons). In 1934 she returned to Scotland, living first in Hawick and then from 1949 in Edinburgh (she became gradually estranged from her husband, who worked in London). From the 1950s she attained a distinguished position in the Scottish art world and was awarded various honours.

Read more
Her main subjects were landscapes and still-lifes, richly coloured and broadly handled in the tradition of the *Scottish Colourists (in her later work there is sometimes a hint of *Expressionism). She travelled a good deal, painting landscapes in, for example, Spain and Portugal.