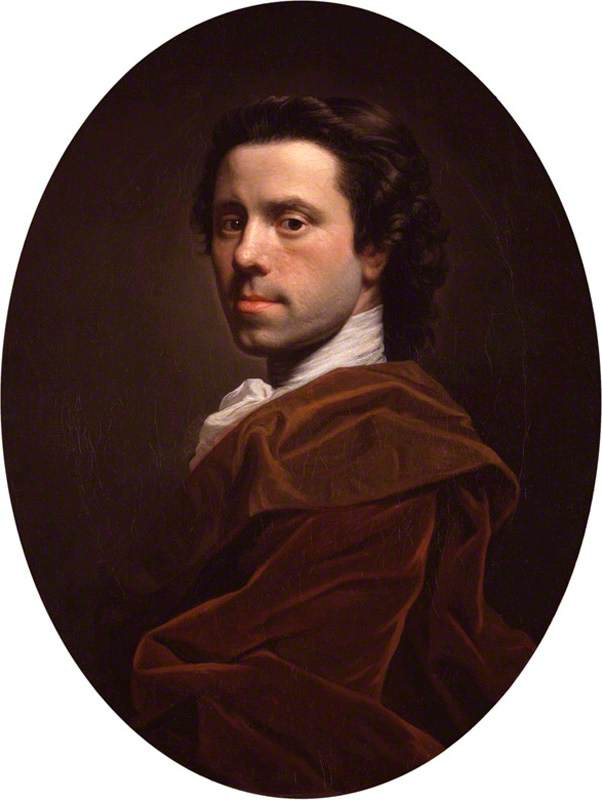 (b Edinburgh, 2 Oct. 1713; d Dover, 10 Aug. 1784). Scottish painter, active mainly in London, where he was the outstanding portraitist from about 1740 to the rise of Reynolds in the mid-1750s (he also maintained a studio in Edinburgh for several years). He studied in Edinburgh and London, and then from 1736 to 1738 in Italy (including a period with Solimena in Naples), and when he returned to London he had a much more elegant and sophisticated style than any of the established portraitists such as Hudson. His pictures of women in particular have a decidedly French grace (The Artist's Wife, c.1758–60, NG, Edinburgh) and in this field he continued to be a serious rival to Reynolds (in 1759 Horace Walpole said: ‘Mr Reynolds seldom succeeds in women, Mr Ramsay is formed to paint them’).

Read more
He was preferred to Reynolds by the royal family and in 1767 was appointed principal painter to George III (he was a good linguist and was the only courtier able to converse with the king and queen in German). However, after injuring his right arm in a fall in 1773 he gave up painting (although his studio continued to produce replicas of royal portraits, many for distribution to government representatives abroad) and thereafter devoted himself to his other interests. He was the son of the poet Allan Ramsay, and he inherited his father's literary inclinations: his main publication was Dialogue on Taste (1755). Political pamphleteering, classical archaeology (he revisited Italy in 1754–7, 1775–7, and 1782–4), and conversation took up much of his later years. He was a prominent figure in literary circles and Samuel Johnson said of him: ‘You will not find a man in whose conversation there is more instruction, more information, and more elegance.’ Unusually among British portraitists of his time, Ramsay was an outstanding draughtsman and he made many beautiful preliminary chalk drawings for his paintings—of hands and details of costume as well as heads. There is a large collection of these in the National Gallery of Scotland, Edinburgh.