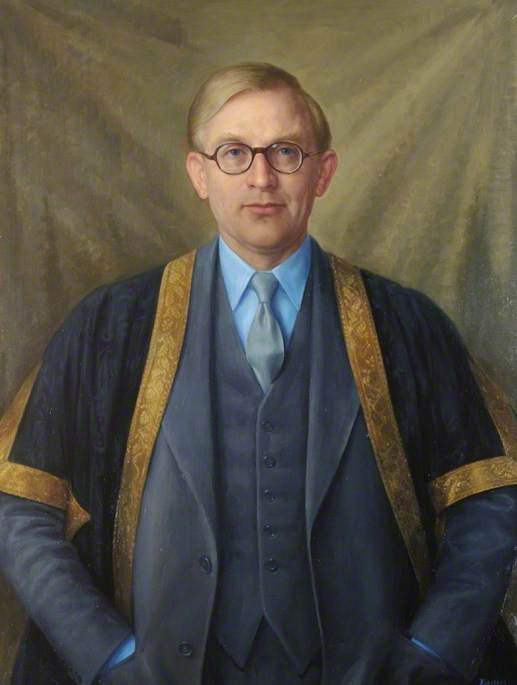 Painter in oil noted for his portraits, muralist, illustrator and teacher, born in Oporto, Portugal, of Spanish parents, who became a British subject. He attended Royal Academy Schools with postgraduate studies, 1949–54, under Sir Gerald Kelly. For various periods between 1959–68 he was a visiting lecturer at Brighton College of Art, Harrow School of Art and Royal Academy Schools. Showed at RP, RA Summer Exhibitions, 20th Century Portraits at National Portrait Gallery, 1980 and 1989, and elsewhere. Commissions included a Distillers Company mural The Transfiguration, 1979. Carried out many boardroom and domestic portraits, subjects including HM The Queen, HRH The Duke of Edinburgh and HM Queen Elizabeth the Queen Mother. National Portrait Gallery, RA, Guildhall Chamber in Windsor hold examples.

Read more
Ramos cited “the combined influences of Spanish and English portraiture” as important. Lived in London. His son was the painter Tod Ramos.