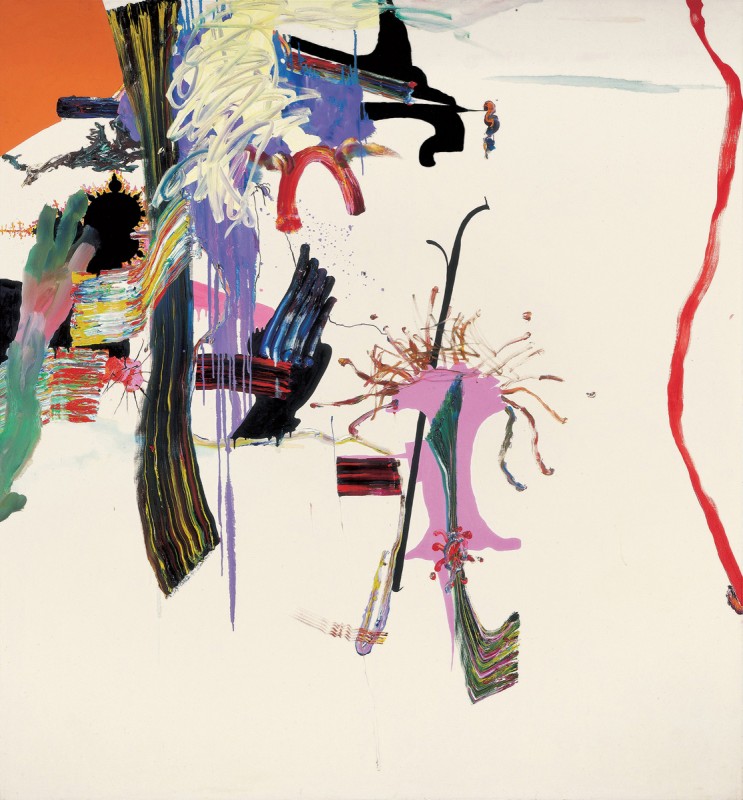 Painter, born in Hong Kong. She studied at Croydon College of Art, 1983–4, and Goldsmiths’ College School of Art, 1984–7. The first appearances of this abstract painter were Freeze, London Docklands, 1988, and Promises Promises at Serpentine Gallery, 1989. Other mixed show participations were British Art Show, Glasgow, 1990, the year she had a solo exhibition at Third Eye Centre there. Fiona Rae also took part in John Moores Exhibition, Liverpool, 1991–2, and in 1991 was shortlisted for the Turner Prize, at the Tate Gallery. From then on, Rae showed widely in group exhibitions in Britain and abroad, later solo shows including ICA, 1993–4; Carré d’Art in Nimes, France, in 2002; and Timothy Taylor Gallery, 2003. In 2002, Rae was elected a member of the RA and created a large, dramatic, three-panel painting for a café at Tate Modern.