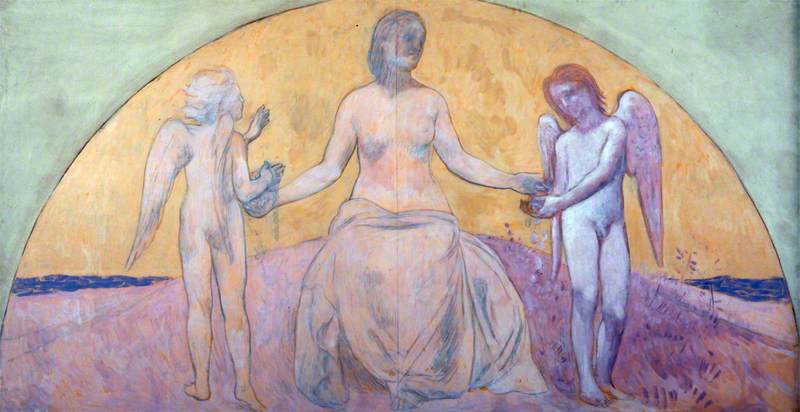 (b Lyons, 14 Dec. 1824; d Paris, 24 Oct. 1898). The foremost French mural painter of the second half of the 19th century. He decorated many public buildings in France (for example, the Panthéon, the Sorbonne, and the Hôtel de Ville, all in Paris) and also Boston Public Library (Abbey and Sargent did murals here too). His paintings were done on canvas and then affixed to the walls (see marouflage), but their pale colours imitated the effect of fresco. He had only modest success early in his career (when a private income enabled him to work for little payment), but he went on to achieve an enormous reputation, and he was respected even by artists of very different aims and outlook from his own. Gauguin, Seurat, and Toulouse-Lautrec were among his admirers.

Read more
His reputation has since declined, his idealized depictions of antiquity or allegorical representations of abstract themes now often seeming rather anaemic. He remains important, however, because of his influence on younger artists. His simplified forms, respect for the flatness of the picture surface, rhythmic line, and use of non-naturalistic colour to evoke the mood of the painting appealed to both the Post-Impressionists and the Symbolists. In addition to murals he produced easel paintings and pastels, and he was a prolific draughtsman. According to some accounts he was the father of Utrillo.