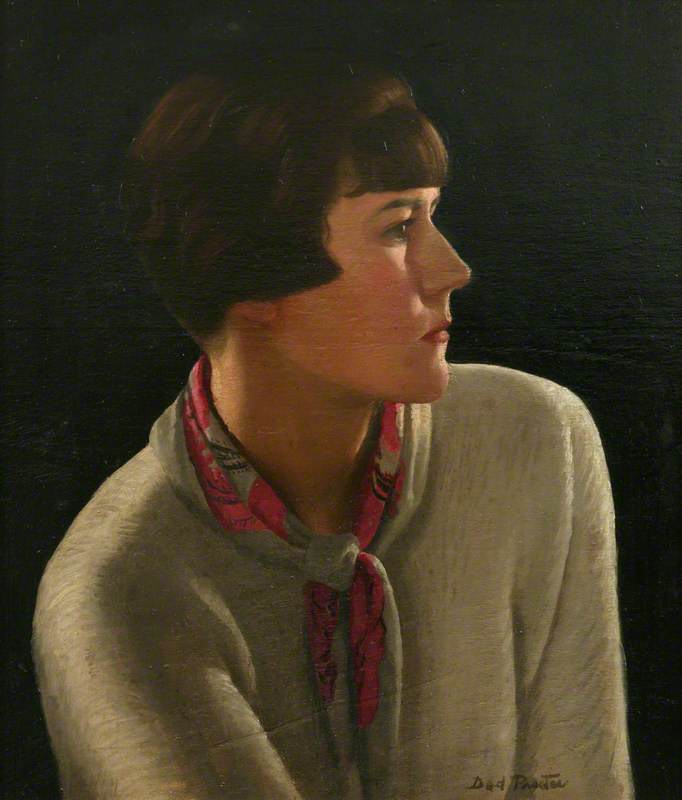 Penlee House Gallery & Museum
Painter, born in London, married to the artist Ernest Procter. She studied art with Stanhope Forbes in Newlyn around 1907–8 and at Atelier Colarossi, Paris. Was a prolific exhibitor, at RA, to which she was elected in 1942; member of NEAC; Fine Art Society, where she had a joint show with her husband in 1913; Leicester Galleries; Barbizon House, and elsewhere. In 1920 she helped her husband to decorate the Kokine Palace in Rangoon, Burma. The 1920s were the high point of her career, her 1926 picture Morning, now in Tate Gallery, being acclaimed picture of the year at RA in 1927. Dod Procter went on to live in Newlyn, Cornwall, and is most associated with pictures of the people and countryside in that area. In 1990 a show at Laing Art Gallery, Newcastle upon Tyne, paid tribute to both Dod and Ernest Procter, having originated as a Dod-only exhibition in Liverpool and Penzance.

Oxford Dictionary of National Biography
Dod Procter (née Doris Shaw) attended the Stanhope Forbes School of Painting (1907–08) from the age of fifteen. There she met Ernest Procter (1886–1935), with whom she studied at the Académie Colarossi in Paris (1910–11) before they married in 1912. She first exhibited at the RA in 1913, and in 1914 held a joint exhibition with her husband at the FAS, London.

During the 1920s, Procter made portraits, usually of women, often in classical poses though usually with a soft focus creating an aura of sensuality. Somewhat radical for the time, the paintings’ eroticism caused some controversy; nevertheless, Morning (1926) was voted Picture of the Year at the RA Summer Exhibition in 1927. She also illustrated numerous texts, including A Penny for the Guy by Clare Collas, published in 1945.

A prolific exhibitor, Procter showed at the NEAC, NSA, Grosvenor Gallery and STISA (of which she became president in 1966). She was elected RA in 1942.