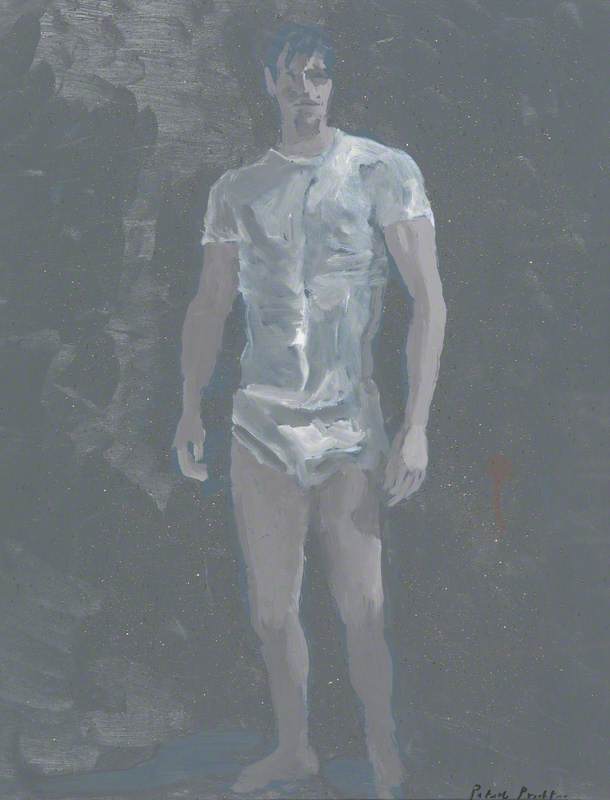 Yale Center for British Art
British painter, printmaker, illustrator, and theatrical designer, born in Dublin. After serving in the Royal Navy, he studied at the *Slade School, 1958–62. His career was launched by an enormously successful exhibition at the Redfern Gallery, London in 1963: the paintings shown were marked by colourful and painterly treatment of the figure in space. His work was varied in subject—including landscapes, townscapes, figure compositions, portraits, and interiors—and was frequently based on his extensive travels. He often worked in watercolour and his style is distinguished by limpid colouring. As a printmaker he favoured aquatint. The books he illustrated include Coleridge's Rime of the Ancient Mariner (1976), and his own publications include A Chinese Journey (1980), illustrated with aquatint landscapes.