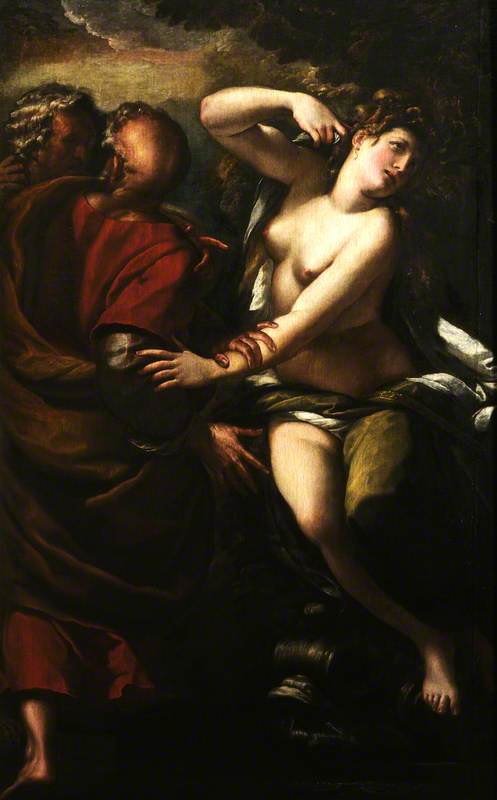 Susanna and the Elders

(b Bologna, 30 May 1574; d Milan, 14 Nov. 1625). Italian painter and sculptor, the most distinguished member of a family of artists. He worked mainly in Milan, where the family settled when he was a child, and also in Modena and Genoa. Early in his career he was primarily a sculptor, but after about 1600 he concentrated on painting and became one of the leading painters in Milan. His style was eclectic but often very powerful, combining something of the emotional tension of Mannerism with the dynamism and sense of physical presence of the Baroque.

Read more
His colours tend to be acidic, his handling of light and shade dramatic. Many of his paintings are still in Milan, but two large scenes from Christ's Passion (perhaps part of a series) are in Edinburgh (NG) and Sheffield (Graves AG). His father, Ercole (1520–95), and his brothers, Camillo (c.1555–1629) and Carlo Antonio (1571–?1630), were also painters.