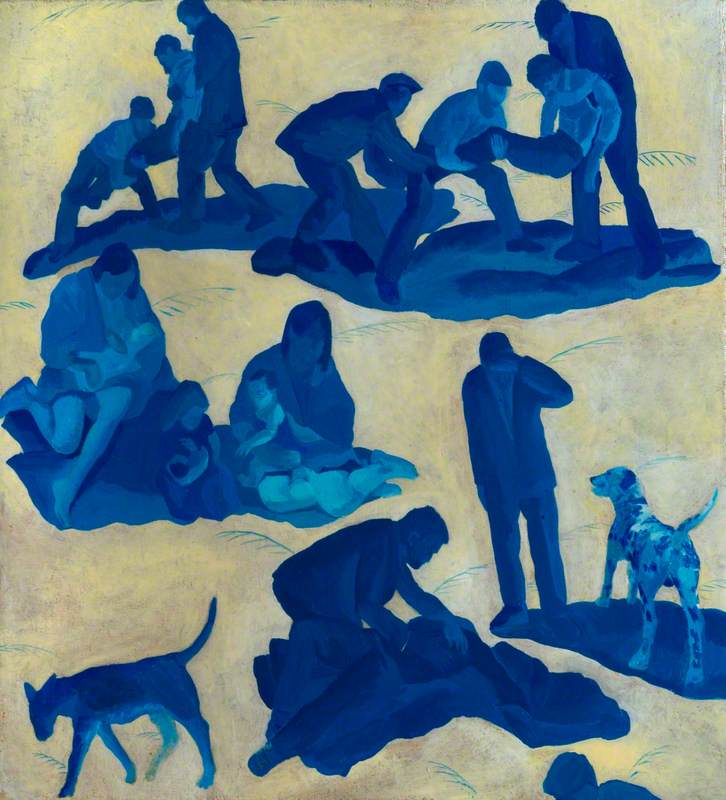 Rugby Art Gallery and Museum Art Collections
Painter, born in Ireland, who studied at City and Guilds of London Art School, 1979–82, gaining a scholarship to New York Studio School, 1982–3. In 1991 she won the Grand Prix at Cagnes-sur-Mer, France, International Festival of Painting, and was invited to be British representative there in 1993. Her singular image Small Blue Executive World, part of a series called Golden Handshake, was included in 1993–4 John Moores Liverpool Exhibition. Showed solo at Anna Bornholt Gallery, also fresh paintings at Smallforum in 2005. Lived in London.