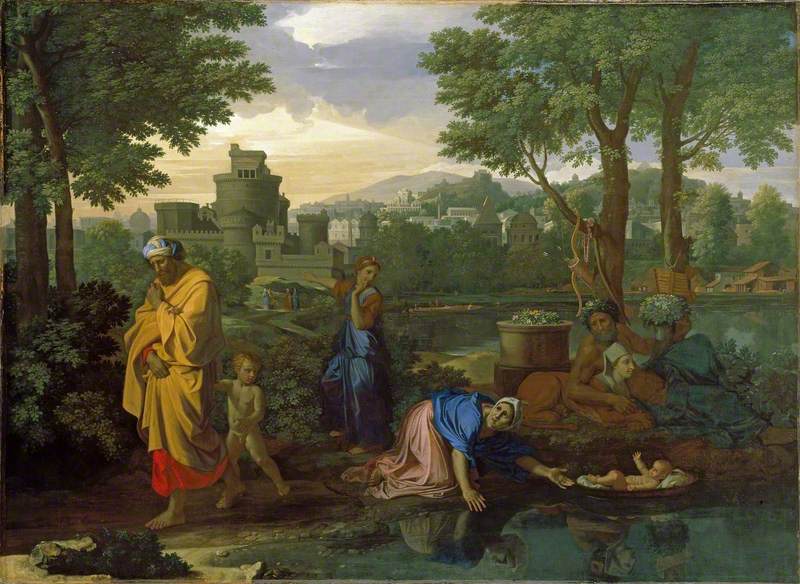 The Exposition of Moses 1654

(b Les Andelys, Normandy, June 1594; d Rome, 19 Nov. 1665). French painter and draughtsman, active mainly in Rome. Although he spent almost all his career in Italy, he is regarded not only as the greatest French painter of the 17th century, but also as the mainspring of the classical tradition in French painting. His early interest in art was given direction when Quentin Varin (c.1570–1634), a mediocre late Mannerist painter, visited his home town, Les Andelys, in 1611–12 to carry out a church commission. Soon afterwards Poussin moved to Paris, where he probably spent most of his time until his departure for Rome in 1623, although these years are poorly documented and he may have travelled around France a good deal. The few surviving works from this period include a series of mythological drawings (1622–3, Royal Lib.