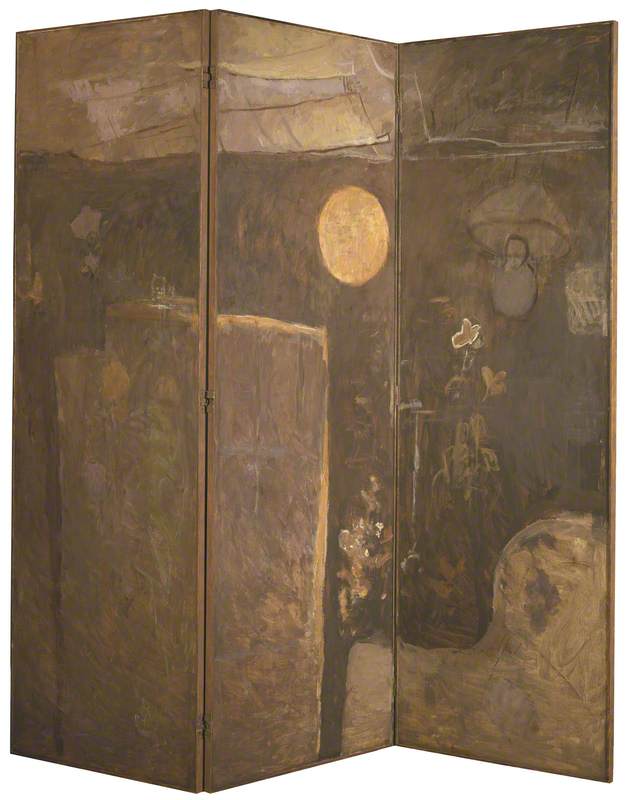 Painter in oil and watercolour of landscapes and still life. Born at Beckenham, Kent, she studied at the Slade School of Fine Art 1918–21, winning a Slade Scholarship in 1919. Began exhibiting with the NEAC from 1922 (under her maiden name of Mary – originally Marian – Attenborough), having her first one-man show at the Bloomsbury Gallery in 1931. Was married to the writer and humorist Stephen Potter 1927–55. From the 1930s through to the 1980s there was a stream of one-man exhibitions, including the Redfern Gallery, Leicester Galleries and New Art Centre. There was a retrospective at the Whitechapel Art Gallery in 1964, with a selective retrospective at Davies Memorial Gallery, Newtown, 1989–90, which toured, another at Brighton Museum and Art Gallery, 1999.

Oxford Dictionary of National Biography
Mary Potter (née Marian (Mary) Anderson Attenborough) attended Beckenham School of Art (1916–18) and the Slade School of Fine Art (1918–21), where she won first prize for portrait painting. Briefly a member of the Seven and Five Society she also exhibited with the NEAC and the LG.

In 1927, she married the writer and radio producer Stephen Potter. They lived in Chiswick: many of her paintings from this period evolve around views from her studio window. After moving briefly to Manchester at the start of WWII, they rented Berwick Hall, Essex, until peace returned.

In Essex and later in Aldeburgh, Suffolk, Potter focused more on atmosphere and light, and her work became increasingly abstract.

She held numerous solo shows throughout her career, including at the Bloomsbury Gallery (1932), the Redfern Gallery, Arthur Tooth & Sons, Leicester Galleries, and – following a major retrospective at Whitechapel Art Gallery (1964) – the New Art Centre. Her final solo exhibition was at the Serpentine Gallery (1981).