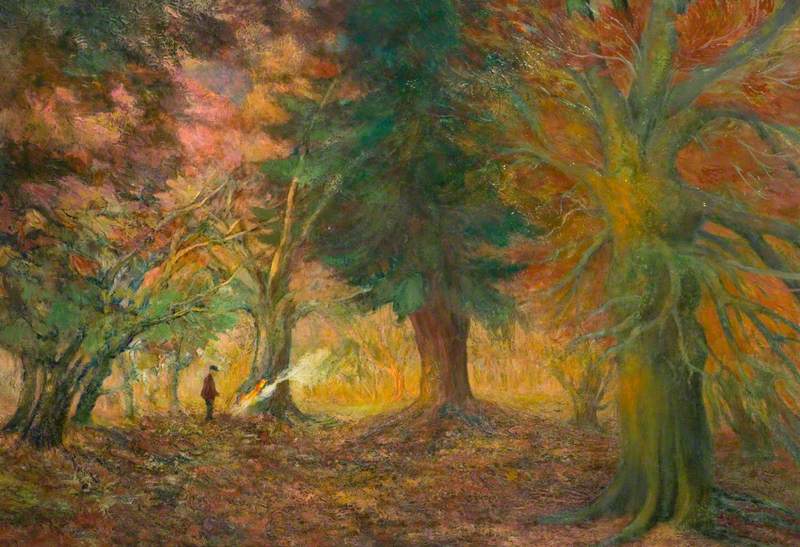 Artist and designer, born at Walthamstow, Essex, who studied drawing and engraving at Central School of Arts and Crafts while earning his living as a night invoicing clerk at King’s Cross railway goods station. His work was eventually noticed by the keeper of the British Museum print room, Campbell Dodgson, who acquired and bequeathed examples to which more were later added. Industrial and railway subjects were a feature of his output. Potter showed at the RA Summer Exhibition and was included in shows organised by the British Council on the continent, in Egypt and Argentina. While public relations and publicity officer for British Rail Eastern Region in the 1950s, Potter designed many window displays in Regent, Victoria and Liverpool Streets and at King’s Cross.