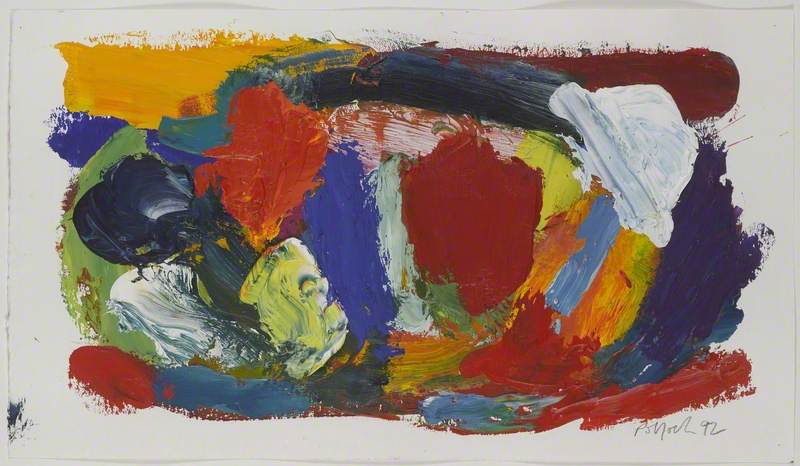 Painter and teacher, born in Glasgow. He studied at the School of Art there, 1955–9, then spent a year working in St Ives, Cornwall. From 1974–5 Pollock taught at Brighton Polytechnic, then at Canterbury School of Art, 1979. Pollock was an abstract artist who had a first solo show at New Charing Cross Gallery in Glasgow, another occurring at Garage, London, in 1974. He was in mixed shows at the Stockwell Depot from the mid-1970s and was included in the RA’s important show British Painting 1952–1977, in 1977, where he exhibited typical works employing vertical coloured bands. Pollock later showed with Vanessa Devereux Gallery from 1986; at Talbot Rice Gallery, Edinburgh, 1993; Rebecca Hossack Gallery, 1994; and in 1995 shared a three-man exhibition with Douglas Abercrombie and Gabriel Flynn at The Living Room, Greenwich.

Read more
Scottish Arts Council holds his work. Lived and had a studio in London, where he had a solo exhibition at deliART in 2003.