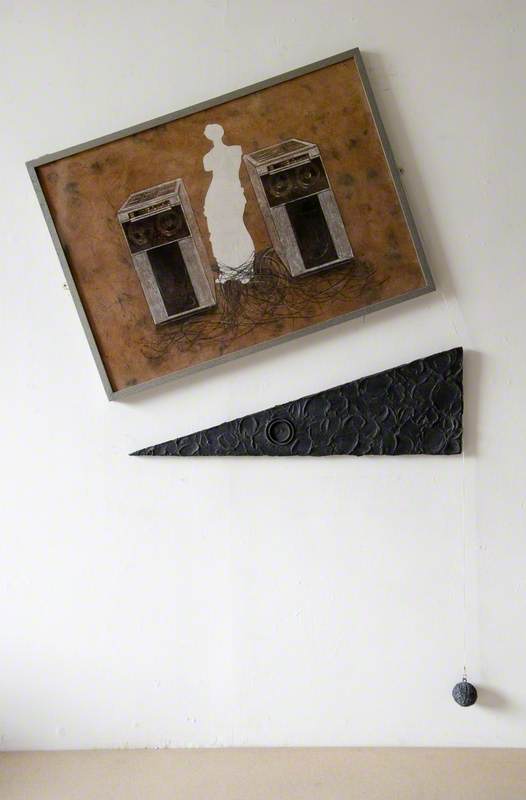 Without Belief There Are Only Replicas 1987

Sculptor making assemblages with a variety of objects, born in Huddersfield, Yorkshire. He was apprenticed as an architect, 1959–60, then studied mathematics and history in Bath, 1960–2, attending West of England College of Art in Bristol, 1962–7, and Royal College of Art, 1967–70. In 1967 Plackman worked with Lynn Chadwick. He won the Walter Neurath Prize for drawing in 1968 and the sculpture drawing prize at the Royal College in 1970. From 1972 he taught at Goldsmiths’ College School of Art, having the year before begun teaching at Ravensbourne College of Art. Plackman was a prizewinner at Young Contemporaries in 1969 and soon established a reputation for disturbing assemblages in which mundane and abstract elements were mixed. He had a one-man show at Serpentine Gallery in 1972, contributed to many influential exhibitions of modern British sculpture overseas and had further solo shows at Arnolfini Gallery in Bristol, Chapter Arts Centre in Cardiff and Felicity Samuel Gallery, with one at Woodlands Art Gallery, 2001.