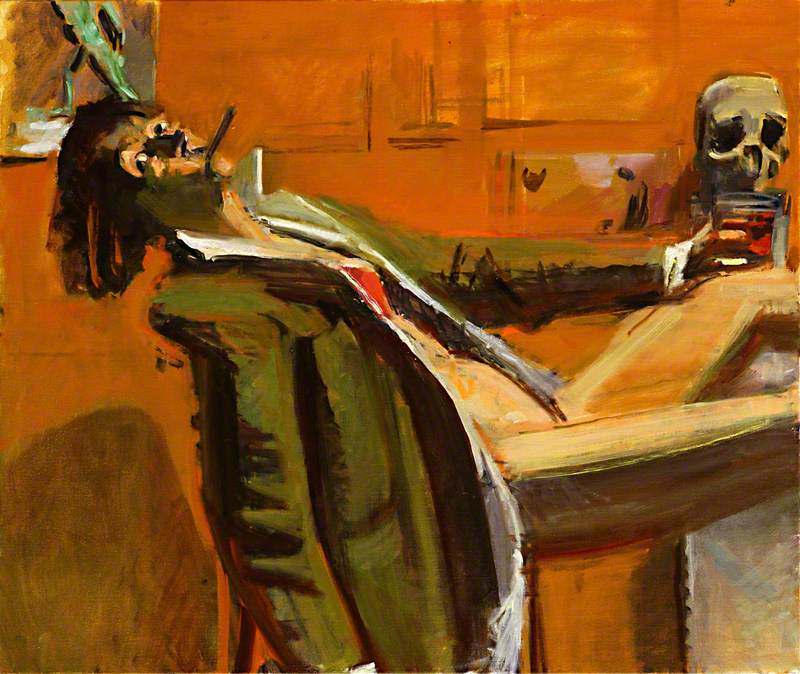 My Sullen Art: Self Portrait as Dylan Thomas 2011

Painter in oil on canvas, and teacher, whose main works were self-portraits, views through car windscreens and landscapes, especially of Greece and Wales. Pickles was born there in Bridgend, later settling at Trefin, Haverfordwest, Dyfed. She gained a degree in mathematics from the New University of Ulster, 1973; obtained a first-class degree in painting from Chelsea School of Art, 1973–7, teachers Patrick Symons, Myles Murphy, Norman Norris and Craigie Aitchison; with a postgraduate diploma from the Slade School of Fine Art, 1977–9, taught by Lawrence Gowing, Patrick George and Euan Uglow.