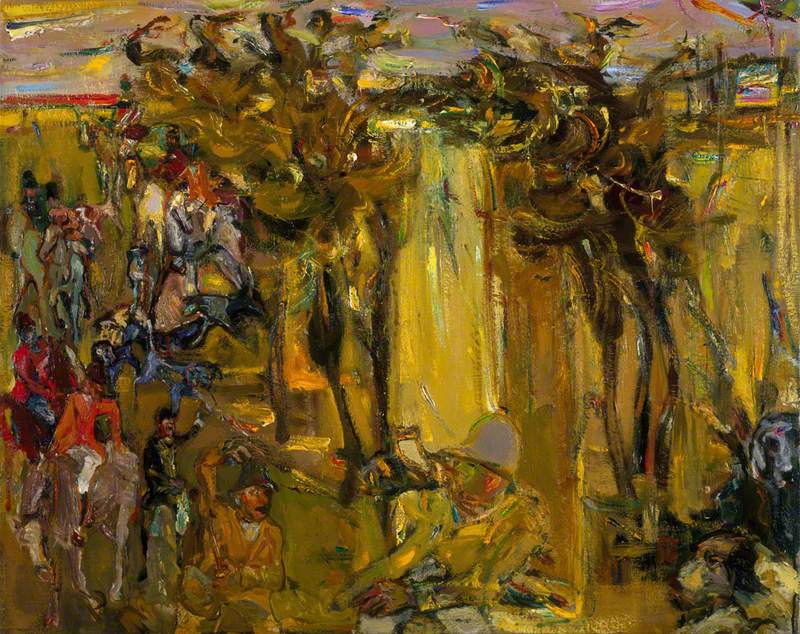 Painter and teacher, born Robert James Philipson in Broughton-in-Furness, Lancashire. After attending Edinburgh College of Art, 1936–40, Philipson served in a Scottish regiment during World War II, then joined the staff of Edinburgh College of Art in 1947. Was appointed head of the school of drawing and painting in 1960, a post held until retirement in 1982. His work was deeply influenced by that of Oskar Kokoschka. It had great Expressionistic attack and vitality. He took up themes such as cock-fighting, kings and queens, cathedral interiors and zebras, which gave him opportunities for jewel-like painting. Was elected SSA in 1948; RSA in 1962, being president for 10 years from 1973; RSW in 1965; Royal Glasgow Institute of the Fine Arts in 1980; in 1981 he was elected RA.

Read more
Philipson was knighted in 1976. He served on the Scottish Advisory Committee of the British Council and was a member of the Royal Canadian Academy of Fine Arts. Had major retrospectives at Edinburgh College of Art in 1989 and Scottish National Gallery of Modern Art, 1999, with one at The Scottish Gallery, Edinburgh, 2003. That Gallery, in Edinburgh where he lived, and other public galleries hold his work. Philipson’s first two wives were the artists Brenda Mark and Thora Clyne.