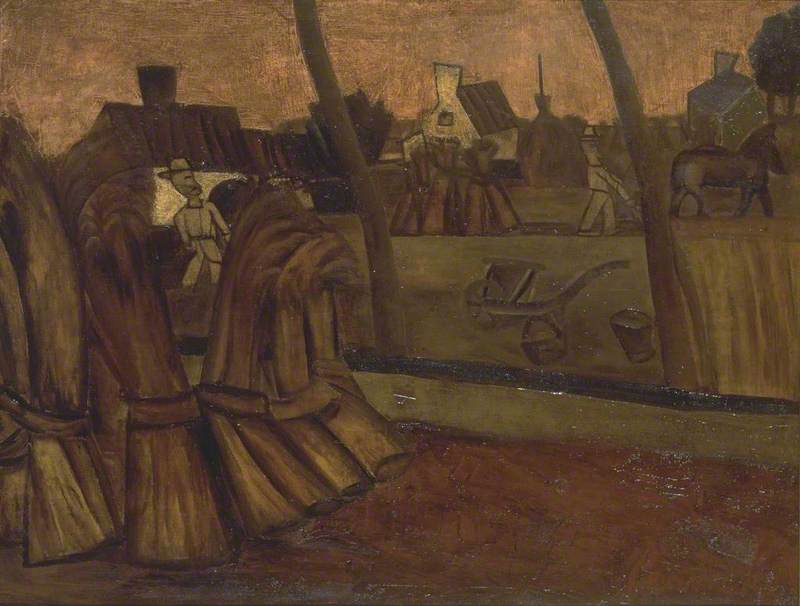 Tate
(b Antwerp, 31 July 1886; d Ostend, 4 Jan. 1952). Belgian painter and sculptor, one of the leading exponents of Expressionism in Belgium in the period between the two world wars. In 1914 he was badly wounded serving in the Belgian army and was evacuated to England. He returned to Belgium in 1919 and lived in Antwerp and Ostend before building his own house and studio at Jabbeke, near Bruges, now a Permeke museum (he called his home De Vier Windstreken: ‘The Four Corners of the Earth’). His subjects were taken mainly from the life of the coastal towns of Belgium and he is best known for his strong and solemn portrayals of sailors and fishermen with their women (The Fiancés, 1923, Mus. Royaux, Brussels). From 1935 he also made sculpture.