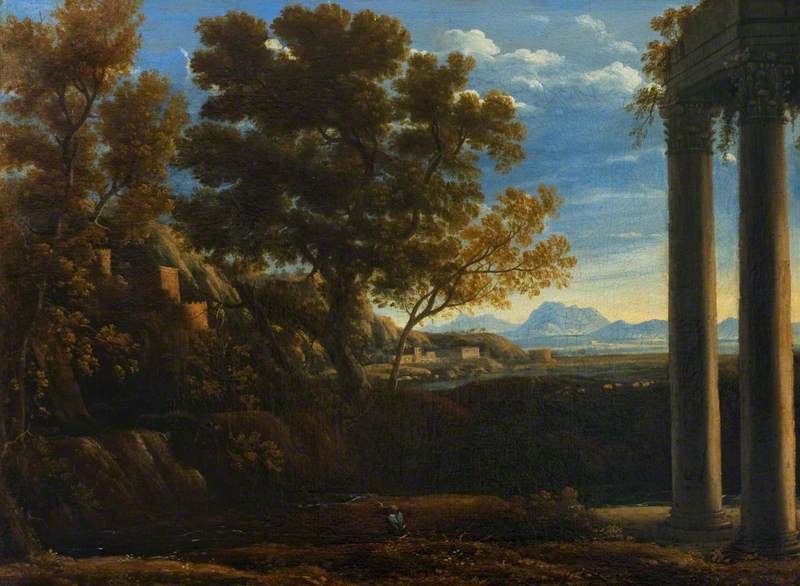 Italianate Landscape with a Ruined Temple

National Trust for Scotland, The Georgian House
(b ?Picardy, ?c.1605; d Paris, 5 Aug. 1676). French landscape painter, active in Paris. He was a pupil of Vouet but worked in the manner of Claude, with whose paintings his own have sometimes been confused (although Patel's style is harder). Much of his work was done in the form of panels set into the decoration of rooms: two examples (c.1647) from the Cabinet de l'Amour of the Hôtel Lambert, Paris, are in the Louvre. His son, Pierre-Antoine (b Paris, 22 Nov. 1648; d Paris, 15 Mar. 1707), painted in the same vein as his father. Both men often featured classical ruins in their paintings, looking forward to the Picturesque.