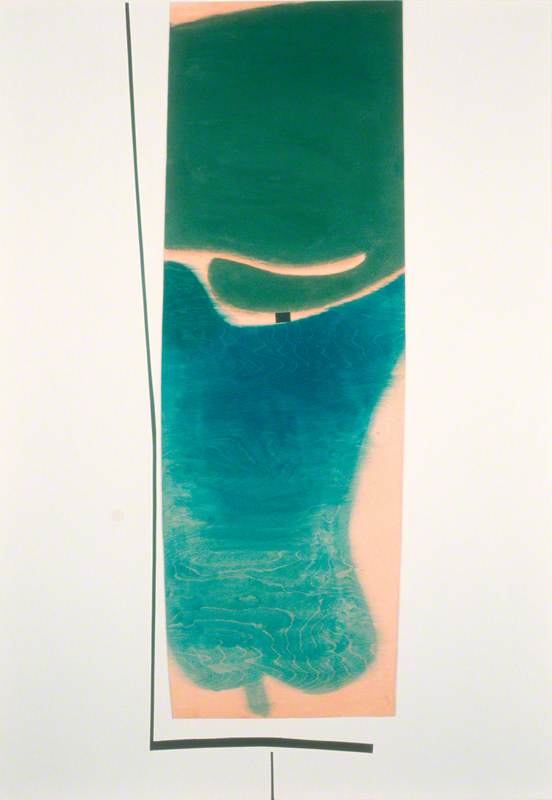 (b Chelsham, Surrey, 3 Dec. 1908; d Gudja, Malta, 23 Jan. 1998). British painter, printmaker, and maker of constructions who is unusual in having achieved eminence as both a figurative and an abstract artist. After early experiments with abstraction he reverted to naturalistic painting, and in 1937 he combined with William Coldstream and Claude Rogers in forming the Euston Road School. Characteristic of his work at this time and in the early 1940s are some splendid female nudes and lyrically sensitive Thames-side landscapes that have been likened to those of Whistler (Chiswick Reach, 1943, NG, Ottawa). In the late 1940s he underwent a dramatic conversion to pure abstract art, and by the early 1950s he had developed a personal style of geometrical abstraction.

Read more
As well as paintings he made abstract reliefs, partly under the influence of Ben Nicholson. His earlier reliefs had a hand-made quality but later, in using transparent perspex, he gave them the impersonal precision and finish of machine products. Through work in this vein he came to be regarded as one of the leaders of Constructivism in Britain. Later paintings are less austere and more organic. Pasmore was an influential teacher, notably at King's College, Newcastle upon Tyne (now Newcastle University), where he was head of the painting department, 1954–61. The ‘basic design’ course he taught there (based on Bauhaus ideas) spread to many British art schools. He was also much concerned with bringing abstract art to the general public, notably as consulting director of urban design (1955–77) for the south-west area of Peterlee New Town, County Durham. His most personal contribution there is the Apollo Pavilion (1963–70), which he described as ‘an architecture and sculpture of purely abstract form’. In his later career Pasmore was also a prolific printmaker. He won many honours and Kenneth Clark described him as ‘one of the two or three most talented English painters of this century’.

Oxford Dictionary of National Biography
Biography on Oxford Art Online
Painter, printmaker and relief-maker, born in Chelsham, Surrey. Owing to the death of his father he went straight into employment on leaving school as a clerk in the head office of the London County Council. He painted in his spare time and studied the Impressionists, and Cotman and Turner, among others, in the national collections. In 1932 Pasmore was elected into the London Artists' Association and 1934 into the London Group. In that same year, Pasmore showed in the Objective Abstraction exhibition at the Zwemmer Gallery attracting the attention of Kenneth Clark whose financial assistance allowed him to become a full-time painter. Experimentation with Post-Impressionism gave way to the quiet realism associated with the Euston Road School which he helped found in 1937. During the 1930's he also exhibited with the short-lived Twenties Group at the Lucy Wertheim Gallery and also at the similarly short-lived Storran Gallery. In 1942 he moved to Chiswick Mall where he painted river scenes partly inspired by Turner and Whistler. His post-war garden, river and park scenes are less romantic and reveal his search for an underlying geometry. He was both exhibitor and a judge at the John Moores Liverpool Exhibition.

In 1948 while teaching at Camberwell School of Arts & Crafts, Pasmore experimented with pure abstract work, first with collage, then paint and finally abandoned painting temporarily to work solely with reliefs. He became a major figure in the 1950’s and was the leader of the English Constructionists. He occupied various teaching posts part-time and the Anglo-French Art Centre and also at Camberwell, Central School of Arts & Crafts and, finally, King's College, Durham, where he became an exponent of Basic Form. In 1966 Pasmore purchased a house and studio in Malta. During the 1960’s he returned to painting, still in a non-figurative style but used forms that evoke associations with nature. For many years Pasmore showed with Marlborough Fine Art in London. He was married to artist Wendy Pasmore and examples of his work are in art galleries, museum and collections across the world. These include the Tate Gallery, the British Council, Bury Art Gallery, Leeds University Collection,Towner Art Gallery, Whitworth Art Gallery, Manchester, Ulster Museum, Museum of Modern Art, New York, Musée des Beaux-Arts, Bordeaux, Royal Academy of Arts, London, Yale Center for British Art, New Haven, Connecticut and the MIMA.