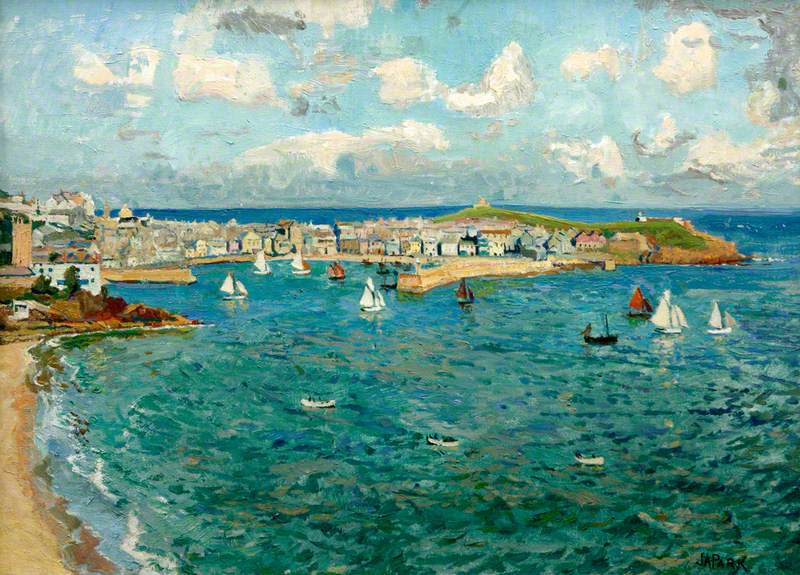 Painter, especially in oil of seascapes and harbour scenes in Cornwall, born in Preston, Lancashire. He moved to St Ives in 1899 and studied there under the seascape specialist Julius Olsson and in Paris at Atelier Colarossi. Chelsea Arts Club member. Park spent most of his life in St Ives, but left in the early 1950s to live for a short time in Brixham, Devon, ultimately moving back to Preston, where he died. By this time he had established a solid reputation as a painter of fishing boats and West Country scenes, such as the Tate Gallery’s Snow Falls on Exmoor. Exhibited RA 1905–49, Paris Salon, where he won a bronze medal in 1924, and St Ives Society of Artists; one-man shows included Ruskin Gallery, Birmingham, and Penwith Gallery, St Ives, 1983.

Read more
Preston Art Gallery, Manchester City Art Gallery and Salford Museums and Art Galleries are among the many provincial and overseas holders of his work. In 1999–00 a retrospective toured from Preston, coinciding with publication of Austin Wormleighton’s 1998 study Morning Tide. As well as chronicling Park’s life, this profiled some 30 painters of light associated with him.