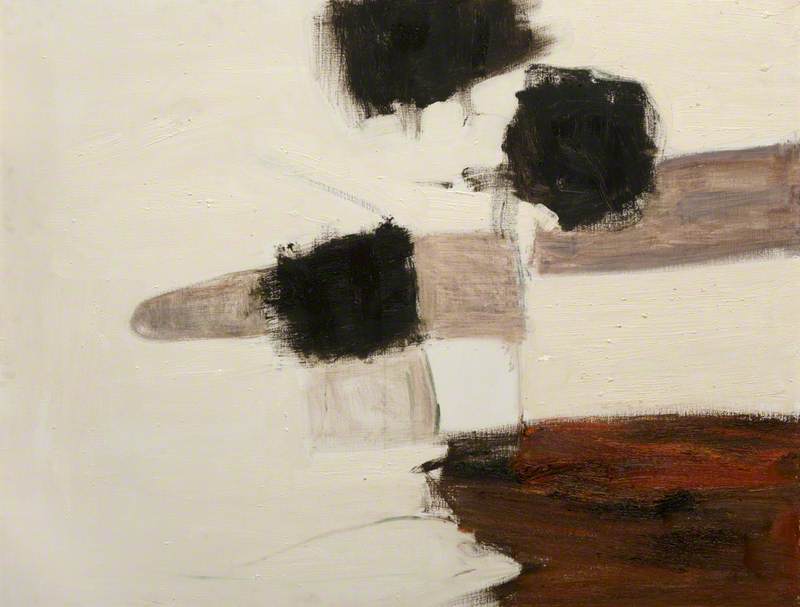 National Galleries of Scotland
Painter and teacher, born in Edinburgh, where he studied at College of Art, 1949–52, his final year accommodating work under an Andrew Grant Postgraduate Scholarship. After National Service, from 1955 Park taught part-time at his old College, then for six years from 1957 taught at a secondary school in Edinburgh. In 1963 he moved to teach at Bradford College of Art, four years later taking up a post at Newcastle upon Tyne’s College of Art until he died. Park had a solo show at 57 Gallery, Edinburgh, in 1957, another the year later and the 1960s saw his showing widely throughout Britain. He had several solo exhibitions at Richard Demarco Gallery, Edinburgh, the last in 1983. Park’s work moved from figurative to abstract, although human images remained a strong inspiration.