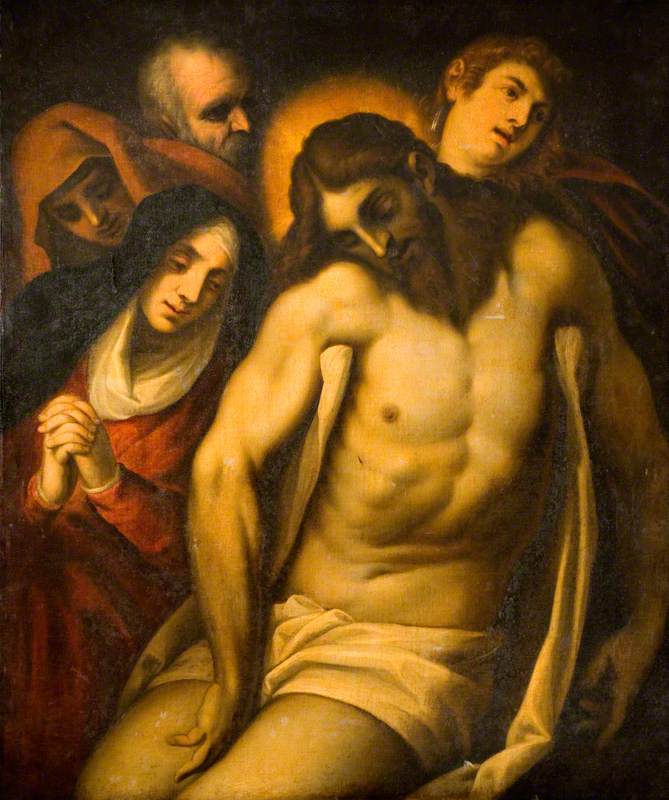 (b Venice, c.1548; d Venice, 1628). Venetian painter, great-nephew of Palma Vecchio. He is said to have been a pupil of Titian, but this tradition has been doubted (it is probably based on the fact that he completed the Pietà that Titian left unfinished at his death). In the late 1560s and early 1570s he worked in central Italy, mainly Rome, but thereafter he spent the rest of his life in Venice, and after the death of Tintoretto in 1594 he was the leading painter in the city. His style was influenced by several of his great Venetian predecessors—Veronese as well as Titian and Tintoretto—and by central Italian Mannerism. He was extremely prolific, fulfilling many commissions from abroad as well as for Venetian churches, and his later work is often mechanical.

Read more
As well as religious pictures, he painted historical and mythological works, and he also made etchings.