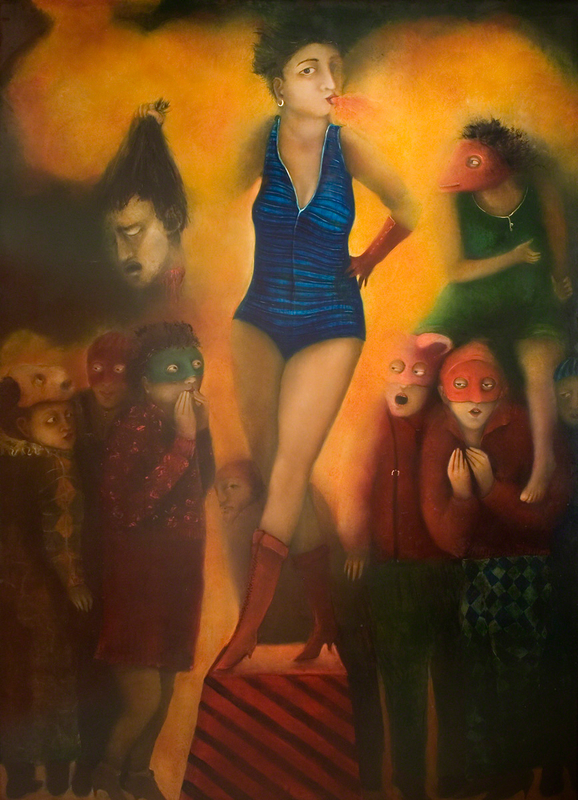 Sculptor, printmaker, draughtsman, painter and teacher, born in Brazil, producing powerful and sometimes disturbing work in which death, magic and sexuality were important elements. Between 1960–4 Pacheco worked for degrees in sculpture and music at University in Goias, in 1965 studying music and education at the University of Brazil, Rio de Janeiro. After teaching sculpture and art at University in Goias, 1966–1973, from 1973–5 Pacheco was at the Slade School of Fine Art on a British Council Scholarship, taught by Reg Butler. She was head of fine art at Norwich School of Fine Art, 1985–9, where she was noted for her rigorous standards. Group shows included Women’s Images of Men, ICA and tour, 1980; Hayward Annual, Hayward Gallery, 1982; Stockholm Art Fair, Sweden, 1985; 5th Biennale of European Graphic Art, Baden-Baden, West Germany, 1987; and 9th Norwegian International Print Triennale – Prize Winners Exhibition, 1989.