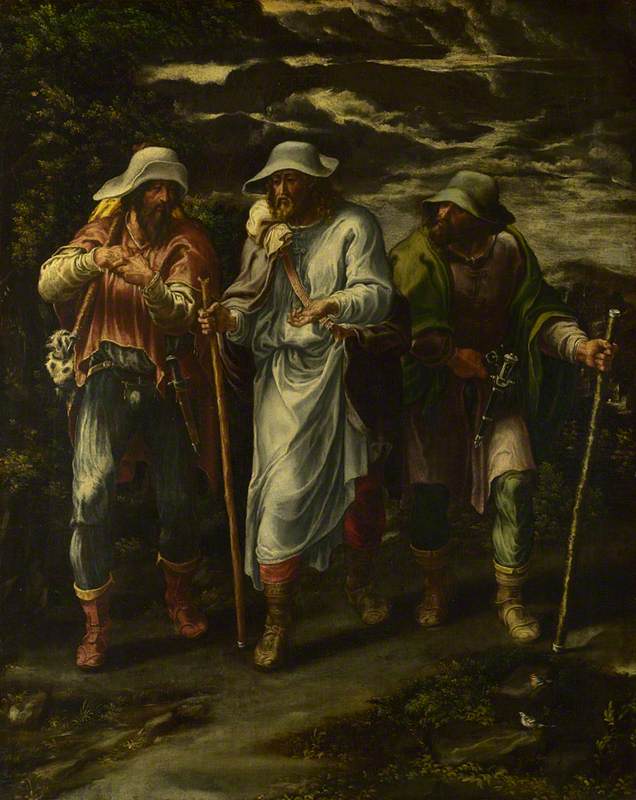 The National Gallery, London
(b Novellara, c.1511; d Novellara, 3 May 1587). Italian Mannerist painter, active mainly in his birthplace Novellara, near Parma, and in nearby Reggio Emilia. His large-scale work in fresco has almost all perished and he is now known mainly by cabinet pictures of religious subjects (The Walk to Emmaus, c.1570, NG, London). He was influenced by various sources (Correggio, Giulio Romano, Michelangelo, Parmigianino, and perhaps also German woodcuts), but his style has a leaning towards the bizarre, with dramatic stage-lighting effects, that gives it a distinctly personal touch. Orsi was an outstanding draughtsman and also worked as an architect.