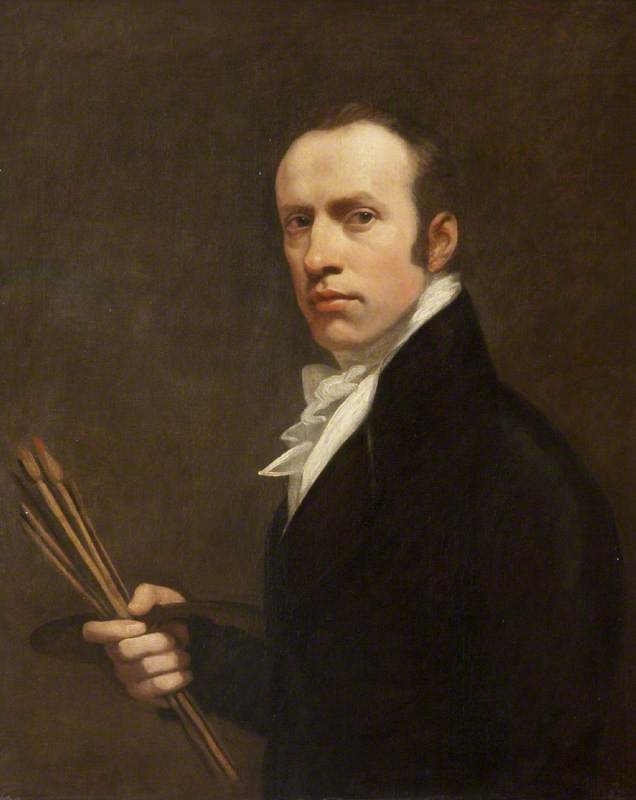 (Born Mithian, nr. St Agnes, Cornwall, May 1761; died London, 9 April 1807). English painter. He was something of a child prodigy and was discovered by the political satirist John Wolcot (better known by his pen name Peter Pindar), who in 1781 successfully launched him in London as an untaught genius (‘The Cornish Wonder’). At this time Opie was painting strongly modelled portraits and rustic fancy pictures with rich Rembrandtesque lighting. He soon lost the rugged freshness of his early work and his later paintings were undistinguished and repetitive. His career continued to flourish, however, and he became professor of painting at the Royal Academy in 1805, his lectures being posthumously published in 1809 (prefaced with a memoir by his wife, the novelist and poet Amelia Opie).