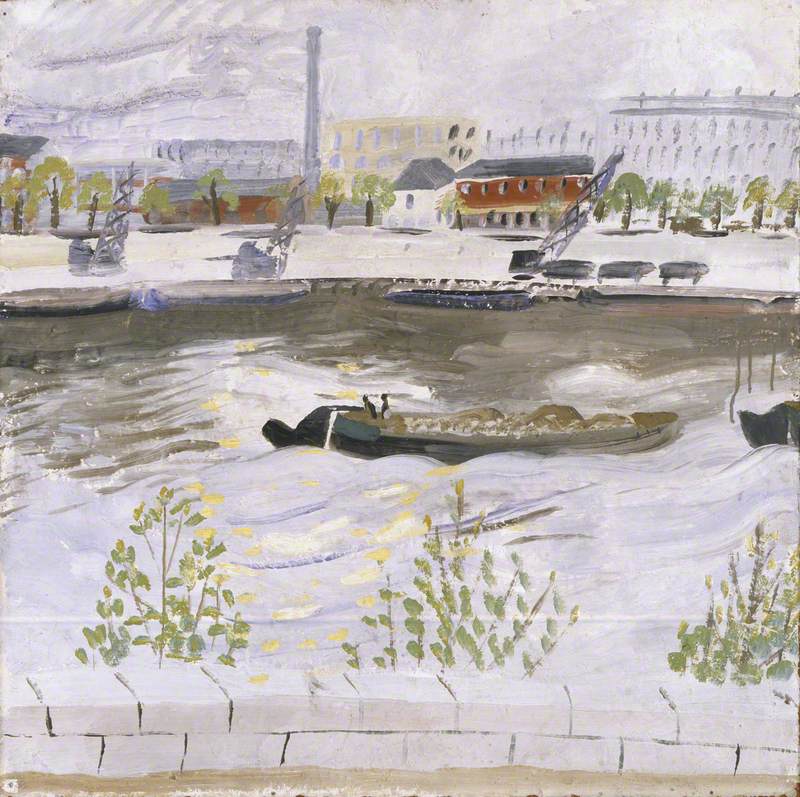 Painter in oil, watercolour, gouache and pencil, especially of flowers and landscapes. Born in Oxford, she attended the Byam Shaw School of Art, then studied art in Paris, Lugano, India and the Hebrides. Participated in extensive mixed exhibitions throughout her life, initially as Winifred Roberts, her maiden name. She married the painter Ben Nicholson in 1920 and had her first one-man show at the Mayor Gallery as Winifred Nicholson in 1925. Was a member of the 7 & 5 Society 1925–35 and the NEAC 1937–43. Was the mother of the painter Kate Nicholson. Contributed to Circle, International Survey of Constructive Art, in 1937, designed a “constructive” fabric for Alastair Morton’s Edinburgh Weavers in the same year, as Winifred Dacre, and under the same name showed four abstract works in an Exhibition of Constructive Art at the London Gallery.

Read more
Until late in life she travelled widely, showing pictures of Morocco, Greece, Cornwall and Cumbria. Her later work was concerned with prismatic colour experiments. Exhibited internationally, and her pictures are held by many public galleries including The Tate Gallery, Bristol, Bradford, Adelaide and Melbourne. Lived at Brampton, Cumbria. A major exhibition toured from the Tate in 1987–8, and there was one at Kettle’s Yard, Cambridge, in 2001, and Crane Kalman offered Unseen Works on Paper, 2002–3. In 2003, Dean Gallery, Edinburgh, assembled Winifred Nicholson in Scotland. Winifred Nicholson: A Cumbrian Retrospective was at the Castlegate House Gallery, Cockermouth, in 2005.