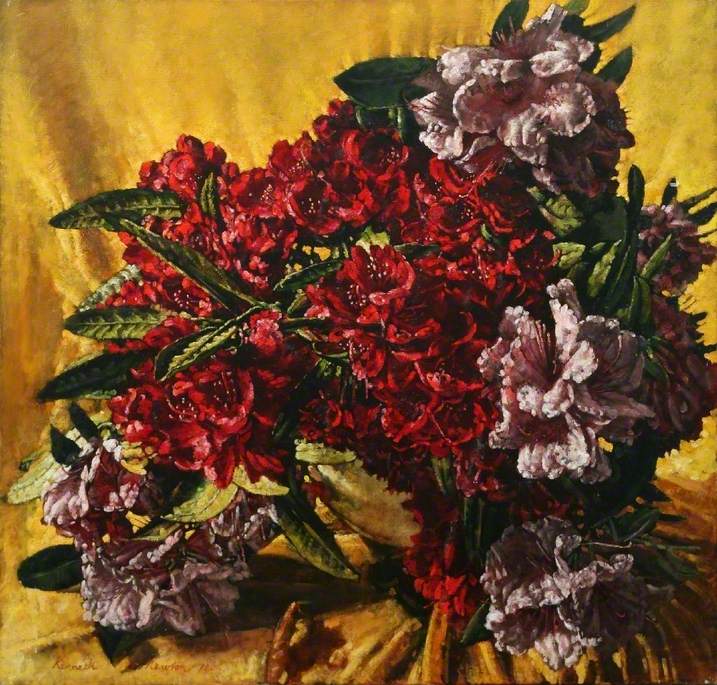 Rhododendrons from the Garden at Hopebourne, Kent 1976

Falmouth Art Gallery
Painter of landscape and still life, influenced by Velázquez and using strong chiaroscuro, who was called possibly the most outstanding student of his generation at the Royal Academy Schools. He was a fine representational artist, as seen in the oil on canvas Still Life, illustrated in the catalogue of the Maas Gallery’s British Pictures show in 2002. The climate of the time when Newton was producing his mature work was not sympathetic to his type of scrupulous realism, which led to his critical neglect. Newton was a regular exhibitor in the RA Summer Exhibition, 1956–74. He worked for many years from a north-facing studio at his house in Lower Harbledown, Kent, which he would darken to permit a narrow light source. Newton’s method included capturing his desired effects at arm’s length using long brushes.