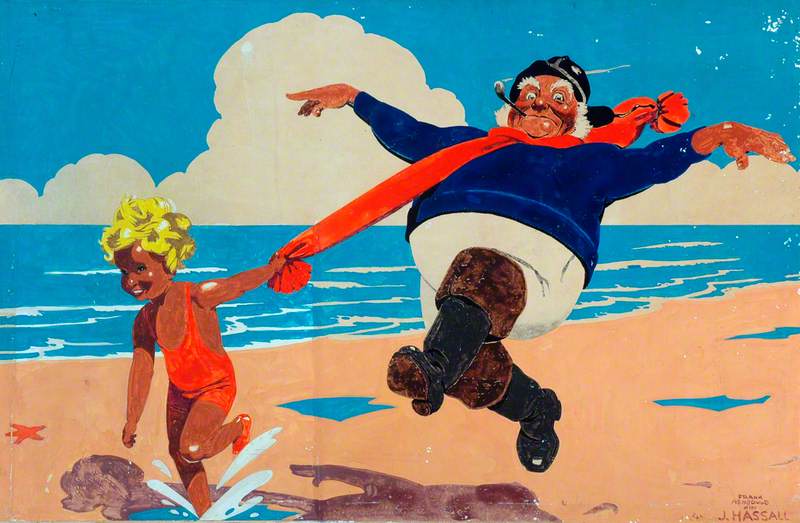 Skegness is So Bracing 1935

National Railway Museum
Poster and black-and-white artist, born in Bradford, who studied at the local College of Art and won several silver and bronze medals in national competitions. During and after World War I he was a black-and-white artist, working for such publications as Passing Show, but more profitable poster work attracted him, and he became one of the most prolific and distinguished practitioners in the inter-war period. Initially he worked for Morton Studios in Fleet Street, then set up his own studio. His posters for Orient Lines and London North Eastern Railway were notable, especially landscapes studied on location. Exhibited Chenil Galleries and lived in London.