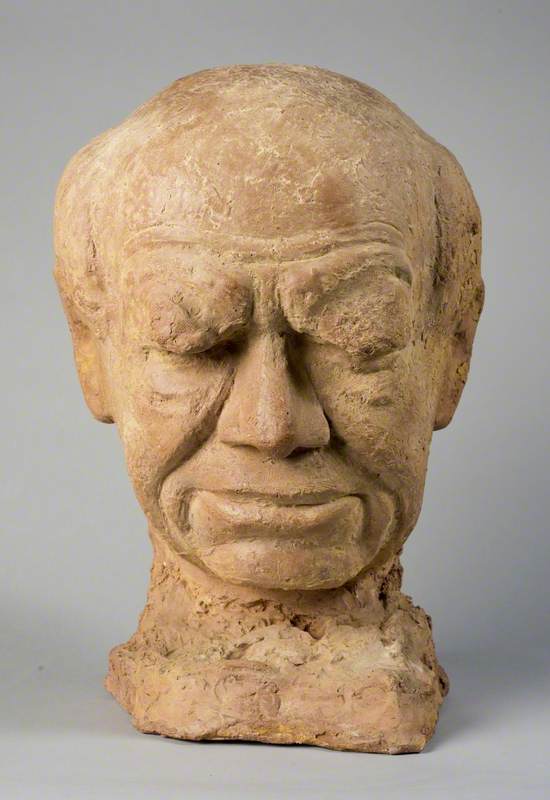 Sculptor, born in Osijek, East Croatia, who when young began modelling clay in local brickworks, also exhibiting. He applied unsuccessfully to enter Akademie der Bildenden Kunst, Vienna, but eventually gained a bursary to study at Académie des Beaux-Arts, Paris, where he won a gold medal for sculpture. While in Paris Nemon shared a home with the Surrealist painter René Magritte and he showed, including solo exhibition at Palais des Beaux-Arts. Under threat from the Nazis, Nemon settled in England just before World War II, living in Oxford. He was befriended by John Rothenstein, whose bust by Nemon is in Tate Gallery, and began to establish a reputation as a portrait sculptor, notable for his ability to catch likenesses and a typical pose. He modelled busts of Queen Elizabeth II, the Queen Mother, Earl Mountbatten of Burma and notable statesmen and politicians, including some large figures of Winston Churchill.

Read more
Ashmolean Museum held an exhibition of his work in 1982.