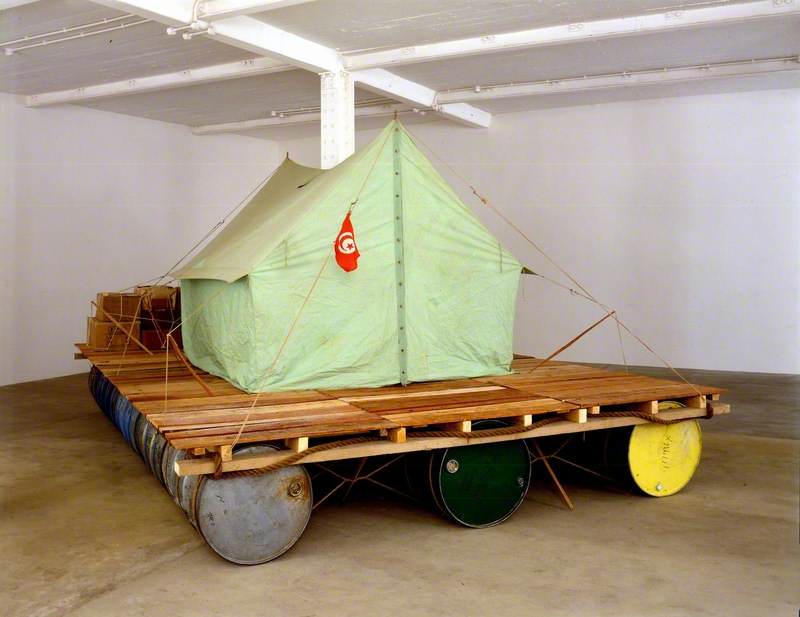 Arts Council Collection, Southbank Centre
Creator of site-specific installations, drawing on a wide range of references, fictional and real, as in Hayward Gallery tour The British Art Show 5, 2000–1. Nelson was born in Loughborough, Leicestershire, and studied at Reading University and Chelsea College of Art & Design. Other exhibitions included To the Memory of H P Lovecraft, Collective Gallery, Edinburgh, 1999, The Coral Reef, Matt’s Gallery, 2000, and Lionheart, The New Art Gallery Walsall, 2003. Solo show at ICA, 2001, the year he was nominated for the Turner Prize, with another at Modern Art, Oxford, in 2004. The Arts Council holds Nelson’s mixed media Taylor, 1994. He lived in London and Edinburgh.