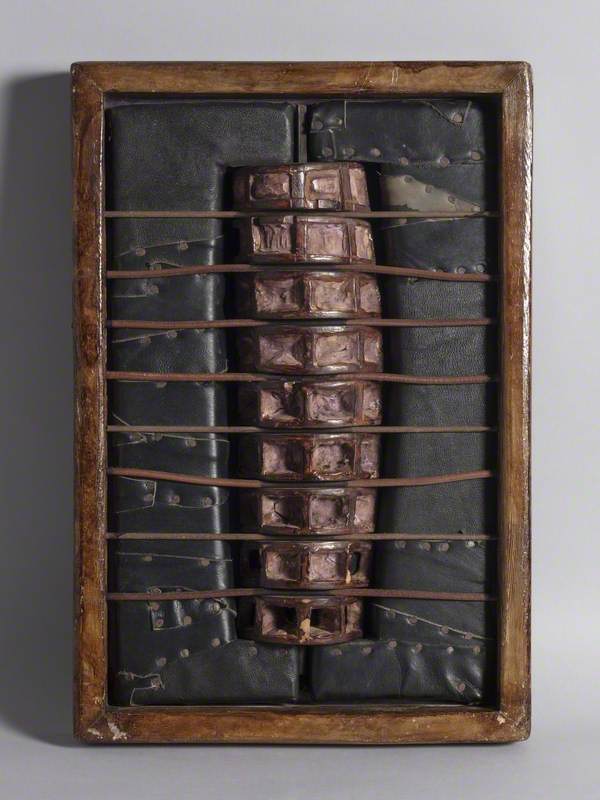 Sculptor in various materials, painter and draughtsman, environment and performance artist and teacher, born in Bucharest, Romania. He studied at the Institute Grigoresco there, 1959–65, and had a solo show at Amphora Gallery, Bucharest, and at Demarco Gallery, Edinburgh, in 1969, the year he settled in Britain. He was naturalised in 1976 and lived in London; in 1991–2 took Romanian citizenship, so was effectively Anglo-Romanian. In 1970 Neagu showed in John Moores Exhibition, Liverpool, the first of several appearances, the following year having the first of his solo shows at Compass Gallery, Glasgow. Other solo exhibitions included Museum of Modern Art in Oxford, Leeds Polytechnic Gallery, Third Eye Centre in Glasgow and with Elise Meyer Inc.

Read more
, New York, who became his dealer. Later one-man appearances included Works on Paper, Flowers East, 1999, and PS at Mall Galleries and Odapark 2000, Netherlands, both 2000. Neagu won many awards, including Arts Council Awards in 1973, 1975 and 1978, and Northern Arts Fellowship, 1979–81. Later awards included British Council Awards, 1981–4 and 1994; commission for a medal on Hyphen, British Museum, 1985; commissions for monuments in Bucharest, Timisoara and Bistrita, Romania, 1991; Blue Ribbon medal from Japanese government, 1996; and Leverhulme Trust research award, 1997. Taught for various periods at Hornsey College of Art, Chelsea School of Art and Middlesex Polytechnic. Neagu pursued a series of themes in his abstract art, in which he sought to express complex ideas in simple form. Arts Council holds his work, as do many other British and foreign collections, notably Leeds Museums and Galleries.