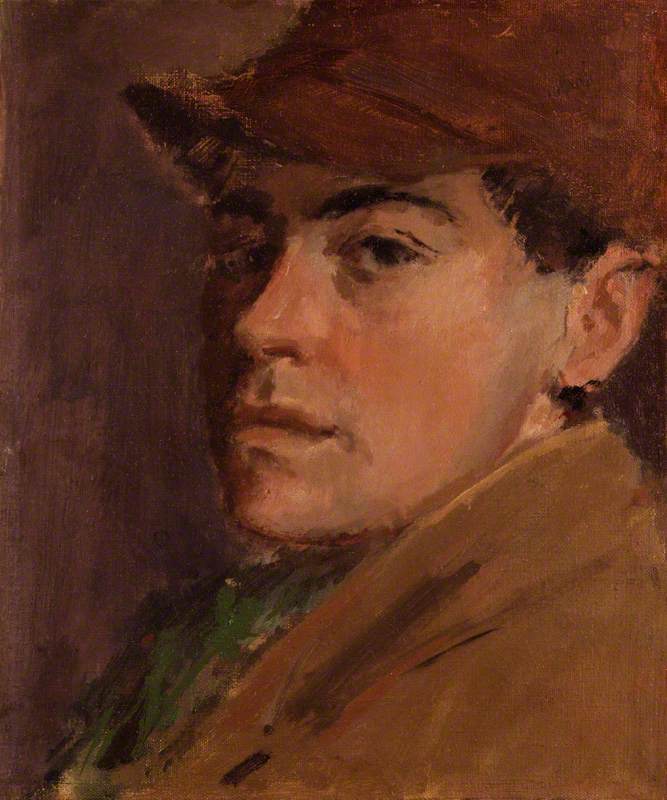 British painter, born on the island of Tenerife to an Irish father (a fruit-broker) and a Spanish mother. He moved to England at the age of eight and travelled widely before studying at the *Slade School, 1928–31. His work was varied and fluctuated between figuration and abstraction. In the early 1930s he was one of the most radical of British abstract painters (see Objective Abstractionists), but he then turned to figurative art, and was associated with the *Euston Road School, founded in 1937, the fountainhead of a long-lived soberly realistic strain in British painting. However, his own style was more influenced by *Impressionism, especially Manet, than by the more methodical work of William *Coldstream and Graham *Bell. After being invalided out of the army, he became an *Official War Artist in 1943, concentrating on the everyday life of the troops.

Read more
From 1948 to 1957 he was professor of painting at the *Royal College of Art, and one of his best-known works is the large Portrait Group (1951, Tate) showing the nine members of the teaching staff of the painting school there (himself included). In 1956 he turned again to abstract art, initially in a style influenced by *Abstract Expressionism, although by the mid-1960s he was closer to *Hard-Edge Painting. In the 1970s he took up figurative art again (mainly portraits and still-lifes), characteristically painting in pale, muted colours. In spite of all the apparent shifts in style in his art, it was consistent in its fascination with the stuff of paint itself. From 1957 he lived mainly in France. Moynihan's first wife was the painter Elinor Bellingham Smith (1906–88), his second wife the painter Anne Dunn (1929– ). Further Reading Royal Academy of Arts, Rodrigo Moynihan (1978)